A beautiful fantastical whimsy! Before I Wake movie carries a gorgeous concept that could have moulded it into a better flick if it were not for its open-ended allusions. Even so, what certainly can’t be ruled out is Before I Wake movie’s amazing theme that brings us closer to the astounding power of imagination.

Mike Flanagan’s yet another horror venture packs in a fanciful story that has been beautifully cultivated, if you pay attention to the profound concept it houses.

Dreams coming alive! How great is that? A fancy world something only a powerful mind could create. But the big question is how does it all pack in its fictitious capsule, and whether or not the movie is worth it.

Jacob Tremblay is everywhere. His cuteness is a delight to watch. He walks in with a confident mien to deliver extraordinary cutesy bits that are both enthralling and adorable at the same time. That’s how he is in person too. It’s better we milk him enough before he grows up.

The Plot of Before I Wake Movie (Spoilers Ahead)

To begin with the main story of Before I Wake movie, I am assuming everyone is well aware of Cody’s uncanny imagination that brings everything he dreams to life.

For the better part, for the good things, he is mostly dreaming butterflies and stuff. He is easily able to manifest living holograms (except that they turn real) of his dream. Whatever thoughts he has been fed before he goes to sleep comes brimming alive too.

However, like any other dream, he doesn’t have much control over his thoughts. There is this ghastly element in the story that Cody calls the Cankerman that comes at unseen junctures. It often messes his dreams up, and since the horrifying element becomes a walking live projection too, it can mess with our world as well.

Jessie becomes obsessed with the powers of Cody and tries to bring her dead son Sean alive. But she isn’t aware of the Canker Man just yet. When she does meet it at one point, in a theatrical series of events, unfortunately, Mark ends up paying the price. Mark is swallowed in by the Cankerman, right in front of her, as she passes out. Waking up she finds Cody being taken in by Child Protective Services once again. She is not allowed to meet him, so she steals Cody’s file in hopes to locate him.  It is then she meets Whelan Young, the first foster parent of Cody who has ended up in a mental hospital.

Whelan tells her about his havocking past, a similar story of Canker Man taking his wife away. And no matter what he did afterwards to bring her back to life, by showing Cody pictures of her, he could only manage to bring her impressions back. It is sorry to see him break down trying to reason:

Whelan then suggests something horrible to her, killing Cody to stop his unrestrained killing. She turns him down immediately, and then leaves. She tries to find more about Cody’s real mother to figure out what could be the reason of Cody’s nightmares.

Meanwhile, Cody has been kept along with other children in a foster home. He isn’t deliberately going to sleep as he doesn’t wish anybody harm. So thoughtful a child! Natalie forces an injection of drowsiness on him to get him to sleep.

Jessie is able to get her hands on Cody’s mother’s stuff. There she finds a blue butterfly rag that expounds about his butterfly dreams. She also finds her journal where she finds out more about their relationship. Jessie cleverly finds out about the facility where Cody was held captive and reaches there only to realize that Cody was asleep. (People were held captive in cocoons kind of things, so that gave away!)

Explaining Projections in the Foster Home

As she makes her way further in, she finds elements of Cody’s dreams widespread. There is one rare moment of Jessie’s thoughts that could have projected owing to the fact that she might have shared the dying of Sean incident with Cody. She finds the bathtub wherein Sean had drowned. The presentation there is quite spooky. She moves away knowing it was just a mere projection, and that she is supposed to help Cody.

Amongst other projections, she finds Cody in a room watching Sean drown on TV. She finds her own eyeless projection reaching out for him, and then twisting its head trying to deform Cody into looking like herself. A scene like that could have multiple meanings. I like to take away that to Cody, Jessie’s image was that of a selfish blind woman who was trying to manipulate his dreams into seeing what she wished to see. Thus blinding him from his original vision.  However, if there wasn’t a metaphor there, then I would say that character act doesn’t kind of fit there properly. And it could be deliberately put for mere theatrics. We do get a glimpse of an eyeless Mark again, which could be how Cody must have imagined him after his death which falls in place too.

The Final Showdown | Before I Wake Ending Explained

Moving on she reaches the door behind which Cody was fast asleep. That’s where she encounters the Canker Man again. Just when it was about to consume her, she shows her the Blue Butterfly Toy Rag that Cody was so fond of as a kid.

Now this reasoning kind of baffles you. You see the Canker Man was nothing but a projection of Cody. Its discernment of the Blue Butterfly could be only if Cody could see whatever Canker Man could. So all those wild acts that he did of killing people shouldn’t have actually happened if Cody had control over it.

Why the Canker Man had a Change of Heart?

With the appearance of a sharper memory like that of a Blue Butterfly from the past, Cody became confused, and that unpleasant nightmarish memory became a pleasant one, meaning Canker Man was defeated. However, this doesn’t mean Canker Man was killed for sure. Because there was no reasoning gavel put on him just yet. Also, I am pretty sure had Cody slept again right after that, even the Blue Butterfly wouldn’t have been able to defeat the Cankerman again.

We see Jessie hugging the Cankerman which was a pretty lame thing to do. Anyone would have freaked out, but I guess since she realized it was nothing but Cody’s memory, Jessie wished to bring the warmth of the past to him, and bestow upon him some motherly love. We see that horrifying projection change back to Cody and then disappear.

Aftermath culminating moments of Before I Wake, we find Jessie telling Cody about her mother. She gives him her journal to read and tells her what Cankerman really was. It was a surreal impression of his, about her mother Andrea Morgan when she was on her death bed. She was suffering from Cancer, and when she died Cody had himself believe that Cancer ate her mother. Which then as he grew up personified into an unpleasant idea of a man called Canker Man who went about killing people. It is a beautifully thought of revelation that is quite gratifying if you look at it.

In the end part of Before I Wake, whilst trying to tuck Cody in, Jessie tries to create a happy ending for all those people that were ensnared by Cody. She wishes everything undone,  but her thoughts are broken when Cody asks:

“Can those things happen?”

With all those crisp images of possibilities, you begin thinking if the dead are really coming back alive. But you realize that she was just putting out things for Cody to see. She believes in him that with time he could do wonderful things and that it is possible.

“You have an amazing gift. Who knows what can happen as it grows?”

Mike Flanagan, toward the end, tries to justify what she said by going for a cheap shot. He shows Cody actually trying to create something from his mere thoughts, just by closing his eyes. I would say to that: “Too soon Mike! Too soon!”

You can order Before I Wake Movie from here:

Downsides to Before I Wake Movie

Before I Wake takes off beautifully right from the start. However, there are elements that gnaw at it gradually stopping it from reaching a charming gleam.

The first one, I am afraid, is none other than Kate Bosworth’s character Jessie. To be really candid, we could have used a better cast here. Even though a tad distant, which was needed for her character, she appeared kind of absent emotionally, for parts where it mattered the most. Thomas Jane, au contraire, fits the bill just fine as Mark.

The second crucial part of the flick was its tangibility. Even though we were wading deep into imaginary waters, you need something natural to give it a palpable feel. It is the natural things that surround it that help a flick get carved in a realistic format, something the movie lacked profusely. You are often forced to wonder, “Why is she not calling the police?” or “Why is she going there?” or “Where is everybody?” I don’t know why but the latter one seems to be a factor that every horror movie overlooks.

When you look at the scary quotient of the movie, it amasses plenty. There are many horrifying bits that are outright chilling. However, if you are trying to look at it as just a horror flick, then don’t. There is nothing here that will continue to haunt you for days. I surmise it could also be because the movie doesn’t cash in on horror properly, and you could blame the surreal concept that it induces.

The screenplay has nothing remarkable to offer. Good scary movies consider this factor well, so it was a big downer there. Music is good actually. Danny Elfman and The Newton Brothers are the people behind Before I Wake’s score.

It is only after Before I wake reaches midway that it actually starts to dwindle. You find Jessie actually reaching out for shriveled dark enclaves fearlessly which makes you question how fearless she really is. You would have wimped out from that dreary situation or maybe called the police first, and maybe made it a universal thing for everybody to see.

For some, I would say the final revelation might not have tingled their brains. It is because there was no reasoning to follow it up immediately. I am sure some must be wondering how an imaginative nightmarish creation could be stopped by a sheer memory glimpse. Throws you into a thoughtful territory for a second, which is actually quite good for your head. At least you are thinking!

Despite all its flaws, I would like to remember Before I Wake Movie as what it truly is. A great concept that tries to take a terrific shot at imagination. Unfortunately, it steers toward a clouded zone owing to its direction, and some dubious questions that it leaves you with towards the end.

Check out the trailer of Before I Wake movie: 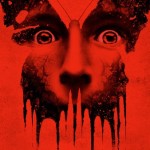