Whoever said one is enough. In a world of sequels, prequels and spinoffs, where more is considered to be better, Despicable Me 3 movie storms in like a flick that has still got some juice left. Well, who knew it really had! There are still plenty of things to milk, even though there was supposed to be a happy ending after every part. Plots are layered up deliberately to build something new and tacky, and boy has it worked every time. Luckily even this time it didn’t disappoint.

With a far-fetched plot to introduce Gru’s twin brother Dru into the flick, Despicable Me 3 movie might have seemed a tad absurd from the trailers. But it turns out the movie is quite fun actually. It packs in ample humour if not matching the levels of its predecessors, gives every important character quite a good amount of screentime, making the minions hilarious as ever and builds up a great exciting villain from scratch.

At times you feel the Despicable Me 3 movie drag a little, scrounging for every bit of story it could get, and there are countless occasions wherein you feel the dearth of humour badly. But it manages to hold tightly somehow owing to its calm sense of storytelling. It retains ample focus, constantly letting that smile stay on your face.

Despicable Me 3 Movie Plot (Spoilers Ahead)

For the plot here we have Gru (Steve Carrell) being kicked out from AVL (Anti-Villain League) along with his wife Lucy (Kristen Wiig) for being unable to capture Balthazar Bratt (Trey Parker)even though he manages to save the world’s most expensive diamond. With no jobs to support the family and reluctance to return to villainy, the Minions leave Gru.

Gru comes to discover that he has a twin brother named Dru. He and his family are summoned by Dru for a visit. Despite starting off on a wrong foot he comes to adore Dru for trying to flicker that spark of villainy in him. Lucy is having a hard time being a mother, trying to get on the good side of the kids. Agnes, this time voiced by Nev Scharrel, is obsessed with finding a real unicorn. She finds a one-horned goat slapping that title on it, and loving it profusely even though Gru breaks it to her that unicorns aren’t real. 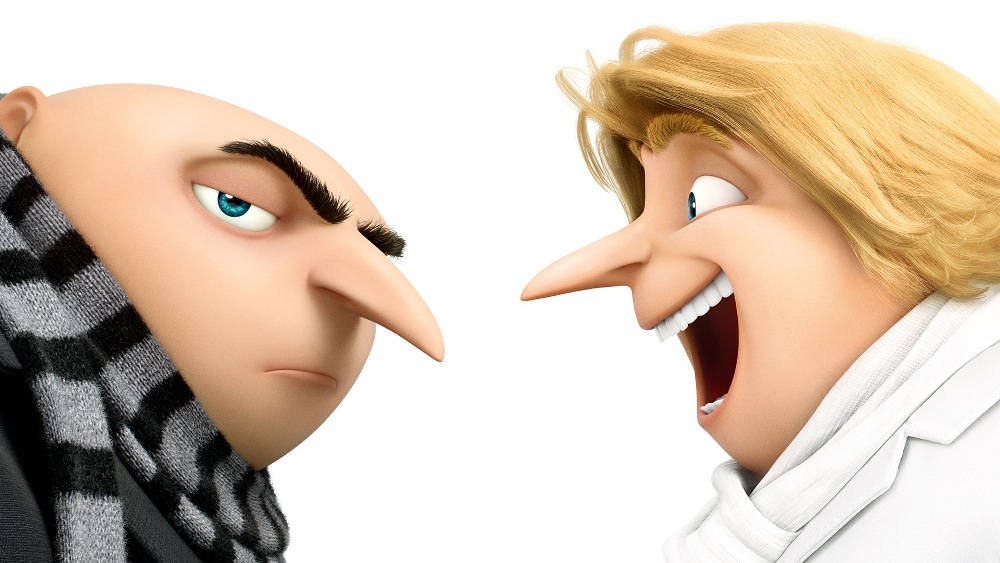 Meanwhile, Bratt steals the diamond back, and is on his way to execute his master plan of creating a monster sized version of him to destroy the city and make a major chunk of it fly. Also, as a side-plot, minions get arrested for trespassing from where they escape missing Gru terribly. After which, evil geniuses as they are, make an escape plan to reunite with him.

The Mission to Mess with Bratt

Gru and Dru get on a mission to bring the diamond back from Bratt as Dru beseeches him to teach villainy since it was in their blood. Gru agrees to it only secretly wishing to take the diamond back to AVL to get his and Lucy’s jobs back. They infiltrate Bratt’s den and somehow manage to get the diamond with the help of Lucy leaving Bratt in a sticky situation.

On returning and after saying final goodbyes, taking the diamond away from Dru, having a minor spat with him for not leaving the diamond as a trophy, Gru and his family are all ready to board the plane. That’s when Bratt shows up disguised as Lucy and steals the kids and the diamond along with him.

He progresses with his plan to bring utter carnage by getting into his monster robot version and leaving the kids on a building’s parapet. Gru reconciles with Dru and along with Lucy arrive to save the city. They meet minions on the way who begin following Gru.

Lucy saves the children while Dru internally damages the giant monster robot. Gru involves himself in a “dance fight” with Bratt defeating him eventually as minions explode the giant bubble gums (the weapon of Bratt) to save the city. 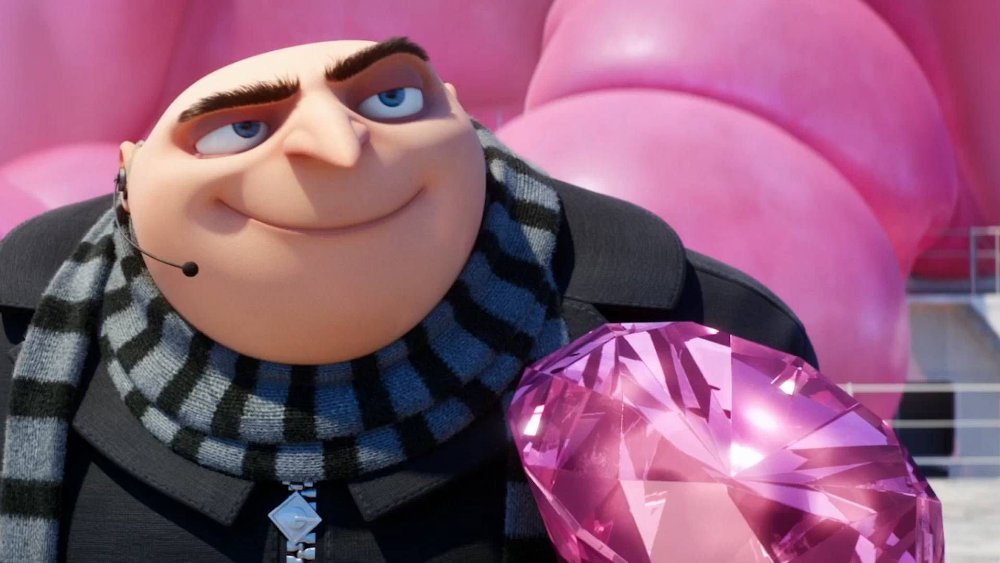 With diamond restored and Bratt captured, Gru and Lucy get their jobs back. The latter gets acknowledged as mother by the children which elates her beyond limit. Minions find a new villainous leader in Dru as they slink out at night to wreak some wicked havoc.

The beauty of Despicable Me 3 movie lies in its proper flow of events. Everything happens for a reason and everything has a natural order to it and they were bound to happen. There is ample focus in the frames, and things are less cartoonish than they used to be in other movies of Illumination Entertainment.

It doesn’t forget the minions even though they revolt and aren’t with the primary storyline of the movie. Directors Kyle Balda, Pierre Coffin and Eric Guillon still find a way to include them by giving them a funny plot to chase. We have a new revolting minion named Mel who is introduced brilliantly into the tale.

There are important things you can take from the movie too. Gru’s incapability to break a hopeful Agnes’s heart when he wished to tell her about the unicorn’s existence, and then breaking it to her anyway when the chips were down, and Agnes’s acceptance to focus on the good things, her optimistic nature have been beautifully inserted. She is very thoughtful in trying to help Gru by selling her toys to make the difference.

Then there was Lucy’s motherhood, her trying really hard to get on the good side of strangers for children, and eventually getting the respect she deserves by taking a stand against those who tried to harm the kids are well thought of.

Illumination Entertainment has been now paying attention to the bridges that were missing from a lot of its previous projects. Despicable Me 3 movie is quite an entertainer. It scores a little bit less in terms of humour but yes its very relatable. You will thoroughly enjoy it.

Check out the trailer of Despicable Me 3 movie here:

Cars 3 Movie Review (2017) | A Story of Selflessness and Sacrifice