The wacky trio is back and they are back with not only a bang, but also with a bag of tickles. Horrible Bosses 2 Movie walks in with an okayish script by Sean Anders which appears more of a deliberate attempt to justify its moniker. It isn’t exactly what we were expecting from Horrible Bosses movie sequel but it’s still fine to make do.

To serve the cardinal plot of the movie the trio is hoping to be bosses this time in Horrible Bosses 2 movie. Little did they know getting into such shoes was a Herculean task. Reprising roles of Nick Hendricks, Dale Arbus, and Kurt Buckman, they come up with a brilliant idea called ‘Shower Buddy’. Struggling to find an investor, they get contacted by Bert Henson and Rex Hanson who order them to make 100000 units only to back out in the end. Invested completely in the manufacturing of their product, all three of them end up in a colossal debt. 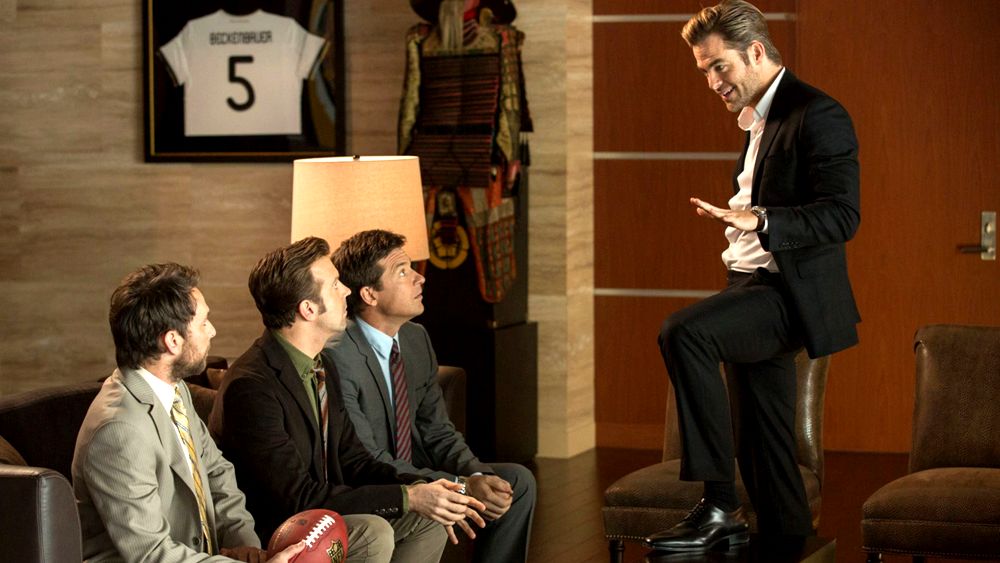 Finding all doors closed they decide to resort to desperate measures. A kidnapping plan ensues however they screw it up when they reach Rex’s house. To their surprise when they return to their warehouse they find Rex tied up inside the trunk. It was none other than Rex who had staged his own kidnapping to get back at his dad. He increases the ransom money and blackmails them to go to the police if they didn’t comply with his plan. When Rex realizes his father cares more about money than him, he breaks down making the trio sympathetic towards him. Agreeing to fake his kidnapping, they tag along to see the whole thing through.

You can order the Extended Cut of Horrible Bosses 2 here:

Humour Quotient of the Flick

The humour stays brilliant nevertheless. What do you expect when the likes of Jason Bateman and Jason Sudeikis are there to steer comedy together with their amazing comic timing? Charlie Day beams you up with his clumsiness keeping the comedy alive. All of them are really funny. What makes Bateman unique is that he is the only sane person in the group trying to jack-hammer some sense into his moronic buddies whilst Jason and Charlie keep driving into the inane all the time.

Both Christoph Waltz and Chris Pine wear the wicked veil just fine. And Jamie Foxx the MF, is still awesome. The way he negotiates. Ha! 😛 So many great laughs strewn all across the flick, it wouldn’t let you settle down for a bit.

The story is a bit annoying at times, when it keeps going up and down the good guy – bad guy dunes. It becomes predictable as we knew things had to go kaput since the franchise is all about that. However, in the end it is nothing but the dope comic timing of its actors that makes it a decent watch.

Oh! And yeah! There is Mike 😉 Breaking Bad fans will be thrilled. It is kind of a cameo.

Go for this one. Hysterical stuff!

You can check out the trailer of Horrible Bosses 2 Movie here: 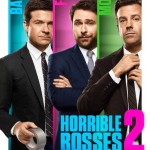 Penguins of Madagascar Review (2014) | Penguins Get Their Own Movie