How should I put it? Umm….Hotel Transylvania 3 Summer Vacation feels like when you are changing channels on your Television and you stop to see what Drac is up to, and you end up seeing it anyway just for a smile. To frame it in a sentence – it’s not the greatest of things, and it’s not the worst of things. But it is definitely something in between.

To be really honest, nobody wants a movie that does not have a great plot, but Hotel Transylvania has these characters that people have slowly grown to admire. You put them in anything, and they are going to see it. Especially Adam Sandler‘s character of Drac. His voiceover remains as funny as it was when we heard it for the first time.

For all the characters of the franchise that we had grown to love in the past, this movie, unfortunately, doesn’t do all of them justice. Because Hotel Transylvania 3 Summer Vacation is not concerned about others. It is fully focused on finding Drac a girlfriend and how his daughter, Mavis (Selena Gomez) reacts to it. It does all of it in the backdrop of a vacation spent on a cruise.

Period. That’s it! The whole story that the movie tries to sell. The rest of the things are mere fillers. The flick is terribly slow paced badly in need of a direction and what defines as good comedy. 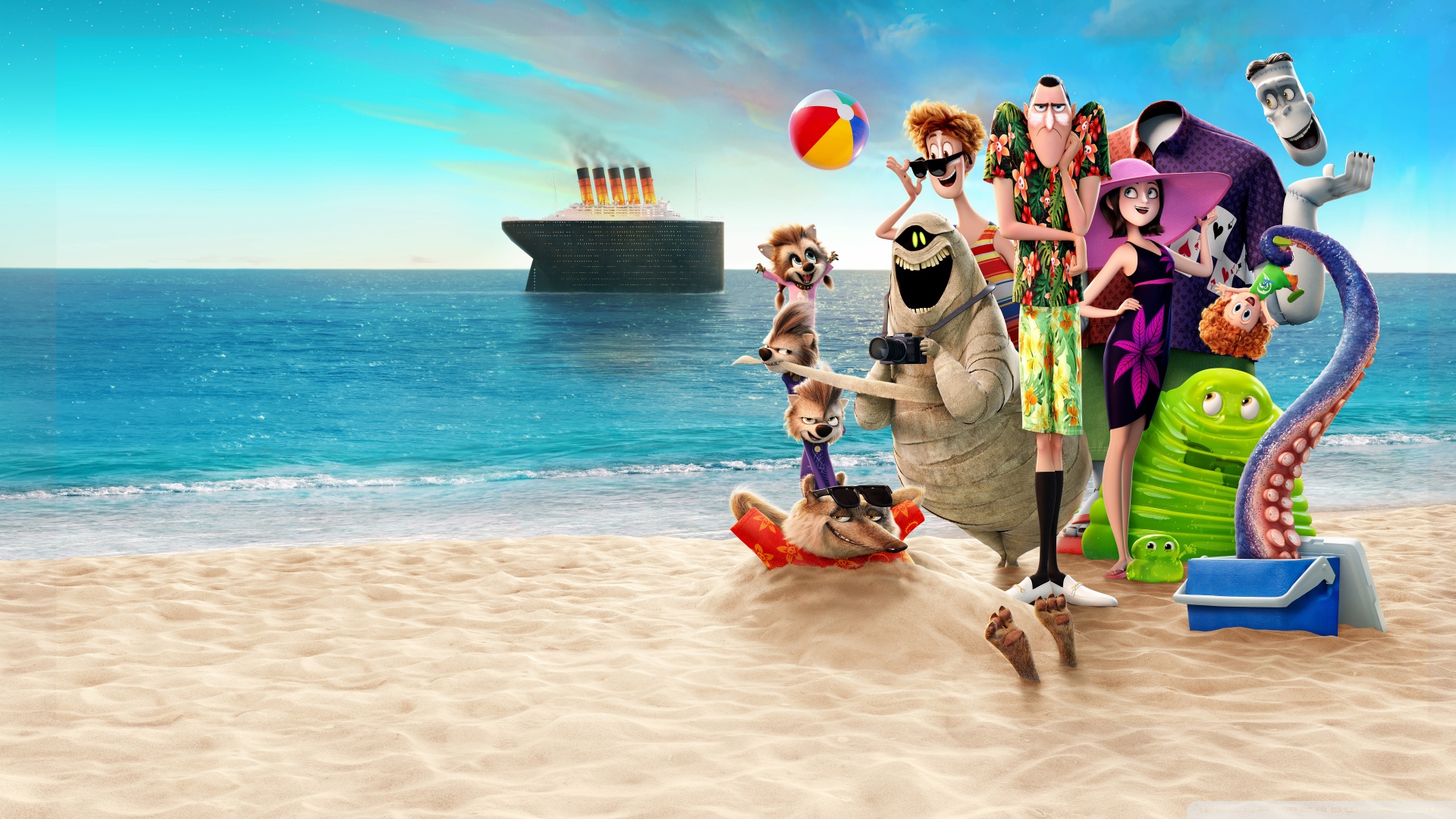 Goes without saying that Hotel Transylvania 3 Summer Vacation tries to cruise in shallow waters without much substance to help it swim. Its jests feel a lot of times dumb and pointless. There are plenty of times when you feel even the transition from one scene to another appearing incomplete almost as if like a joke was zipped midway, lacking a punch or a proper closure.

For most of the comic stuff, it heavily relies on the clumsiness of its characters like Blobby (Genndy Tartakovsky) puking up Baby Blobby or Puppy wreaking havoc whenever it finds a bone. There is no genuine comedy embroiled in a situation that elicits some serious guffaws.

Genndy as a director needs to buff up his direction. What is he basically getting at? Maybe improve his script to milk all the great characters that he has.

Saved by the Final Showdown

I think what saves the Hotel Transylvania 3 Summer Vacation movie a little bit, if at all it swims through, is by its final showdown. Even though that feels really stupid in a way, it pays tribute to forgotten music bringing back all the classics making it all the way enjoyable. In a way, it tries to exhume a message that every father these days has been dying to blurt out:

Music, in our times, was good.

You laugh off eventually calling it an entertainer that blends in all the elements of fun by not taking anything seriously.

Just like Hotel Transylvania 2 had that GPS gig that was funny, this one might be remembered for playing Britney and Macarena competing against some deadly trance. I swear I could hear a father get up and say, “Yeah!”

Among other good things you can say the character of Van Helsing (Jim Gaffigan) was well animated. I mean even his mannerism and the way he spoke managed to bring a smile to your face. The CGI of the movie was great as usual. The team has done an excellent job there once again.

Adam Sandler as an Actor

Now this series does not technically use Adam as an actor. Since he basically does a voiceover in all of them. But it is probably the only good thing going on in Adam Sandler’s life as far as his movie department is concerned.

As a dialogue from Funny People:

He is really funny. I don’t know why his movies aren’t funny, though.

That’s a million dollar question that we don’t have an answer to. Is it his choice of movies?

He is really good with his comic timing and slapstick jests when you are creating certain situations. But when you put him in a movie, you know, basically ask him to run a marathon, he ends up becoming not so good. I don’t know, we need to do a case study on him or something. Interesting!

You can order Hotel Transylvania 3 Summer Vacation from here:

Hotel Transylvania movies take time to show up, around three years to be precise, thus allowing people to forget things, and then it becomes a refresher once they hit the theatres again. But it is somehow surreal that despite taking all that time, they don’t work on improving their script.

Why not come up with a real challenge and stop creating extra characters when you can basically create better food from what you already have? Handling all these evergrowing characters in a single movie is becoming difficult for crying out loud. I mean they should learn that management from Avengers Infinity War. Okay, that wasn’t a comparison really!

I think the makers need to stop. Genndy, in particular, needs to move on to a different project instead of coming back to this franchise that has run out of its juice. Instead of grinding his gears to come up with another sloppy mix, it’s better to come up with a new and original setup.

Genndy, are you listening?