Not long ago, I watched a featurette with excerpts from the Interstellar movie, which showed the gargantuan amount of work and sweat Nolan brethren, Kip Thorne and others put in whilst exploring the behaviour of a black hole. The crisp meticulous attention and the minute details that went in their work flabbergasted me beyond limit. So, naturally hopeful was written all over my head. And boy! Nolan never disappoints.

Strewn with science, Interstellar movie not only takes you on a joy ride, it educates you as well. The concept of space-time singularity pervades throughout the flick as we witness a superb simulation of a black hole, and it doesn’t stop at just that. We go into it! Yes, through the eyes of our protagonist for the first time, we witness a distinct theoretical world that finds pragmatism. An impeccable representation of Tesseract with threads of time.

The best thing about Nolan is the enormity of the project he takes. The script is so beautifully written that it rivets you right from the start. The concept is like magic – a miracle happening in a distant galaxy. As the story of Interstellar movie unfolds it makes you feel as if you are getting closer to finding answers to our existence finally. The plot however has something else in store for you. And it is a big fat blunt satire on our loneliness. We are alone and all we have is each other. That is the penultimate truth.

Wormhole has never been explored like this before. How time plays tricks on you, powerful representation of anomalies, the wickedness of human mind when left alone in despair(that Matt Damon bit), how the music of nature (the rain, the thunder and the cricket chirping noise) makes you feel home, the conundrum of our purpose, the humour of TARS, the physics that touches almost every part in the flick, the poetry of the brave and wise through Dylan Thomas‘s words, superb lamenting conversations, and the brain-wrecking revelations in the end – every tiny detail has been exemplified with proper logical explanations and shown on a platter of sensations.

Emotional surge is strong, and with a power pack performance by Matthew McConnaughey everything uplifts. Bits of a father-daughter melodrama are the most feeling kind. Shatters you from the inside, as you empathize with the protagonist’s tears. Hans Zimmer touches your heart with his profound score. Notes are so brilliant that they put you right into the flick. This too would sit amongst Zimmer’s best works.

It is one of the most ambitious projects that would be remembered in impending debates for the intricacies it touches and the science it explores. Nolan is certainly one of a kind director, a great gift to mankind, a wise man who wouldn’t go gentle into that good night. Kudos to yet another mammoth achievement!

You can check out the trailer of Interstellar movie here: 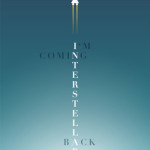