Spider-Man Homecoming portrays a very realistic view of how our friendly neighborhood Spiderman should be like. He is vulnerable because he is just a kid. He is trying to make his mark to be recognized as one of the big ones (Avengers) and yet he has so much to learn. Spider-Man Homecoming is like that realization of Spiderman about himself, his powers, his capabilities and his limitations. He faces danger head on and narrowly escapes death so many times, that it has him doubting his abilities. And it’s a good thing for his character that’s trying to become something huge.

For those who have already watched Captain America: Civil War movie they know how effortless he had made it all seem in the flick. It was almost like Spidey could beat anyone any day. And that’s probably what he was thinking too. He became smug, too confident of his powers, and in that desperation started to get ahead of himself. To be given an opportunity to tag shoulders against the elite that was really something, but to consider yourself worthy of a seat alongside, now that was too much for a teen to ask.

The movie is all about a kid trying to prove himself that he is something more, and that he be considered for future missions since he could handle it. But he faces one of the most challenging villains in the form of Vulture (Michael Keaton) who makes him believe that he isn’t yet ready for it. That forms the real basis of the tale of Spider-Man Homecoming.

The direction of Jon Watts is pretty cool and is on the lines of all Marvel movies. It is subtle at many occasions, cuts in at just the right time to keep the story chugging forward. The best part is that unlike The Amazing Spider-Man series it doesn’t rush into anything. It shows us just one rad villain, letting us retain as much focus as we want. Jon Watts lets us connect all the dots with the Avengers and Civil War so as to let us know that Spidey era was all along happening alongside. He chooses to show some of the bits cleverly using Spidey’s very own personal camera. It is very satisfying to watch.

The screenplay is brilliantly penned and there is humour almost at every corner. Jon makes sure you thoroughly enjoy the flick and all of its other aspects. He ropes in a fun character Ned (Jacob Batalon) as a sidekick making the Spidey story very much relatable.

Tom Holland absolutely nails Spiderman. People might have come to know him when he bagged his first Spidey project, but I remember him playing the kid in The Impossible. And he played his part so convincingly that I knew he was going to climb the ladder to success real quick. And lo, he is already at the peak of his career at such a young age. 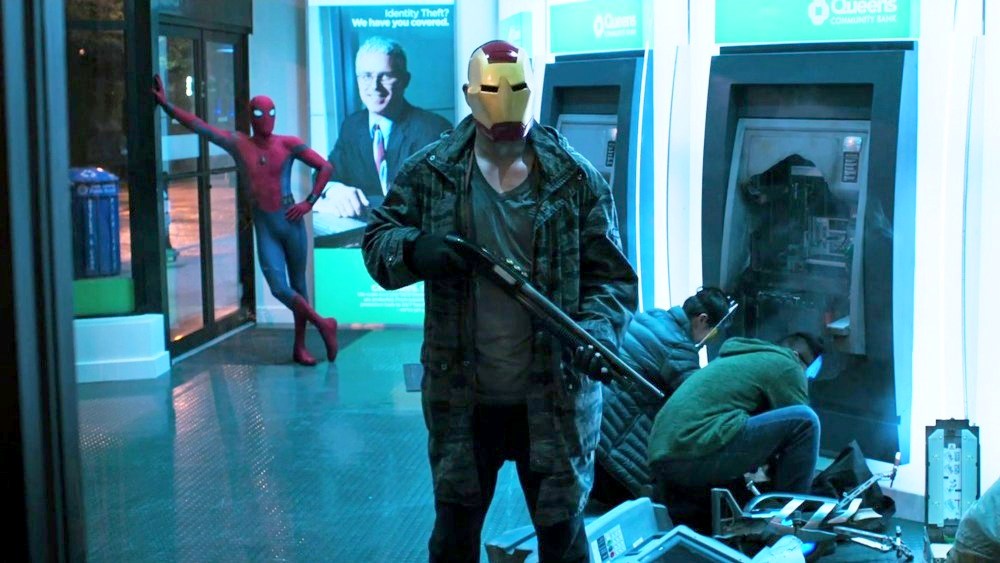 His acting prowess is a delight to watch. He puts the word “amazing” in the Spider-Man owing to his perfect size, a mouthy mouth and a perfect physique. Holland is also brimming with emotions and you can see them ooze out whenever something huge is about to go down. He is a wonderful actor and has a bright career ahead. There’s not a morsel of doubt there.

Michael Keaton as Vulture (Spoilers Ahead)

It was a great decision to cast Michael Keaton as the infamous villain Vulture. He proves himself really worthy in those bird shoes yet again. He is a great actor who makes every act really convincing to watch. His character’s introduction is done pretty smartly. We are shown that he is a circumstantial bad guy. His operation is cut off when Stark’s DODC shows up at his gates taking away his job leaving him in a huge debt. He ends up selling Chitauri technology to create weapons of mass destruction and selling them on the black market to earn a livelihood. Eight years later we see him reeking of villainy as the badass Vulture.

Marvel is fond of stories that poke a finger at the politics and the government that create villains out of simple men. It is a beautiful satire that leaves us wondering on how a huge disaster could have been avoided in the first place. Also, it is a slap in the face of all those high-seated personnel who create monsters out of men. It only compels us to be more considerate and humane towards each other.

In the end, we see him protecting Spiderman’s true identity that shows us that the good still pervades in him.

If I knew who he was, he’d already be dead.

There is just the right amount of Iron Man in Spider-Man Homecoming to make you understand the importance of responsibility and why Iron Man thinks that it is crucial for Peter Parker to complete his education. He drops in more than once to save his ass, and teaches him life’s valuable lessons by being a fatherly figure.

If you are nothing without the suit, then you shouldn’t have it.

Even though Tony Stark (Robert Downey Jr.) doesn’t act like one he is an idol to Peter. Peter looks up to him a lot. Even though nobody says it loud and clear, “with great power comes great responsibility” it is flung around in situational plots. A job beautifully performed by the writers. 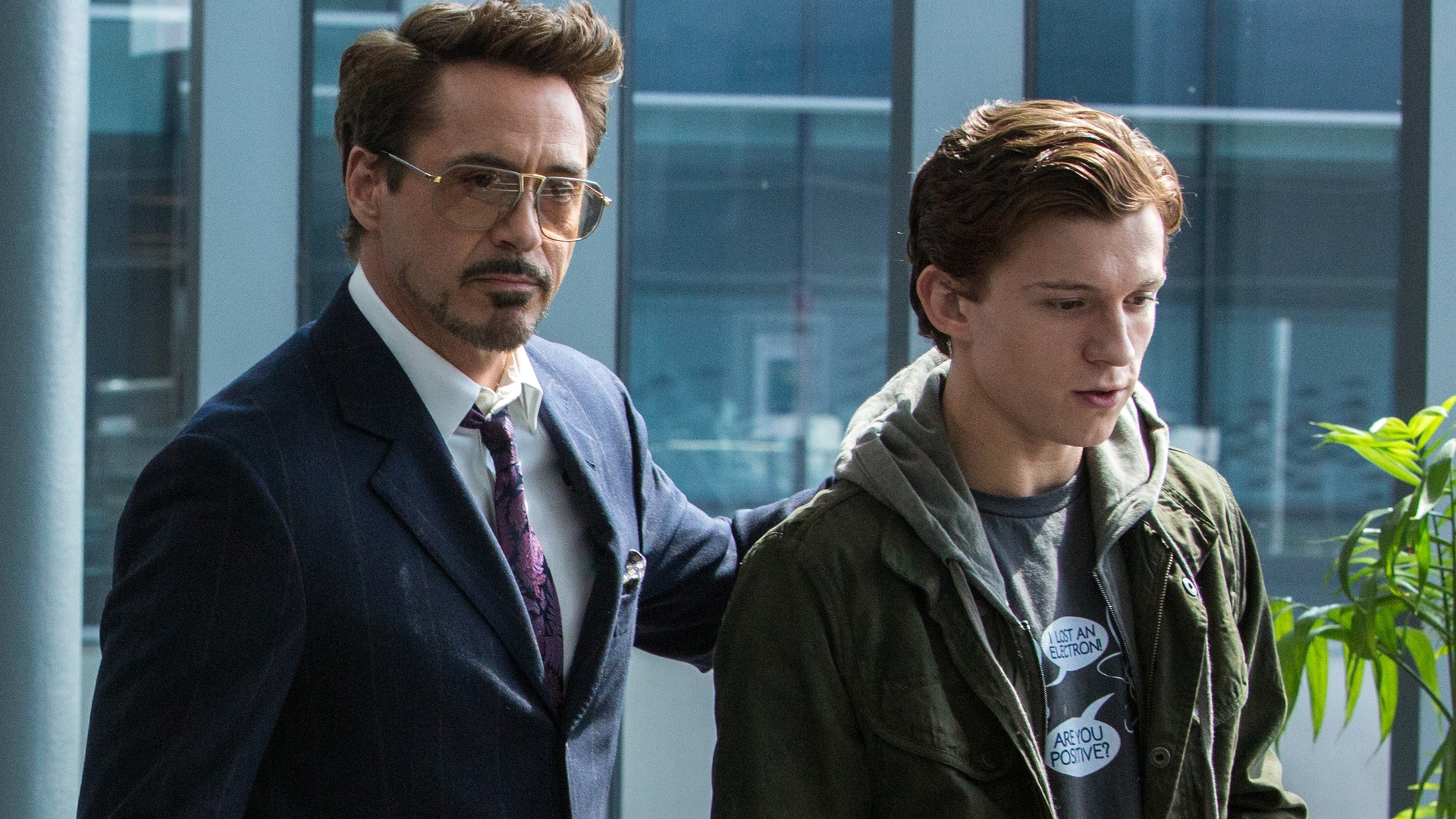 Eventually, when Tony is immensely impressed by Peter for capturing Vulture single-handedly, he wishes to introduce him as an Avenger. But Peter turns him down realizing that he isn’t ready yet. And we see it throughout the movie on how many times he screws up.

There are tons of times he narrowly escapes death. He even skips ahead on his Suit lessons and ends up paying the price. It is this realization that makes him understand the importance of “one step at a time”. It is overwhelming for any man to directly skip to the final lesson because he wouldn’t be prepared for surprises. And no one has succeeded ever by going unprepared.

Spidey finally understands why it is important for him to be “ready”, and focus on his studies to take baby steps into the men’s world.

You can order Spider-Man: Homecoming from here:

If you would notice closely you would realize Spider-Man got his ass kicked throughout the movie. There was hardly a time when he didn’t screw up. Now that’s a weird idea for a superhero even though how sick his moves were or how cool he appeared in action, it complements the story beautifully. Besides, it was never about him being dope and not making mistakes, the movie was entirely about him making mistakes. So that he understands the value of being truly “ready”.

Nevertheless, we see the villain kicking his ass too much throughout. The final fight leaves you with a sour taste because it ends so quickly, too quickly for a boss fight. Also, figuring out his true identity wasn’t at all tough for Vulture which kind of poses a question why it is hard for people to figure out Superman‘s true identity even though the bloke just wears specs.

The way the movie ends opens a jar of villains waiting to be unleashed at the poor lad. The topmost contender is Mac Gargan. Let’s wait and watch!

Spider-Man Homecoming is brilliantly written and directed. Tom Holland simply takes it to a whole new level. With MCU trying to spin related webs to keep all the dots connected, watching this flick becomes even more exciting. With him signing 6 MCU movies the future of Spidey looks all the very more bright. Can’t wait to watch more of him.

Check out the trailer of Spider-Man: Homecoming here: