Sully took my breath away. I was rendered speechless by Chesley Sullenberger’s humanly impossible act, unbeatable acumen, extraordinary decision making and his unrivalled acuity that saw him through. How humbly does he put it?

The gargantuan magnitude of the paranoia that engulfed him in those split seconds of life and death, the way he came out of it, a victor, it is something that you can never forget. A feat that is so rare in our mundane that you can’t help but call him a real life superhero. 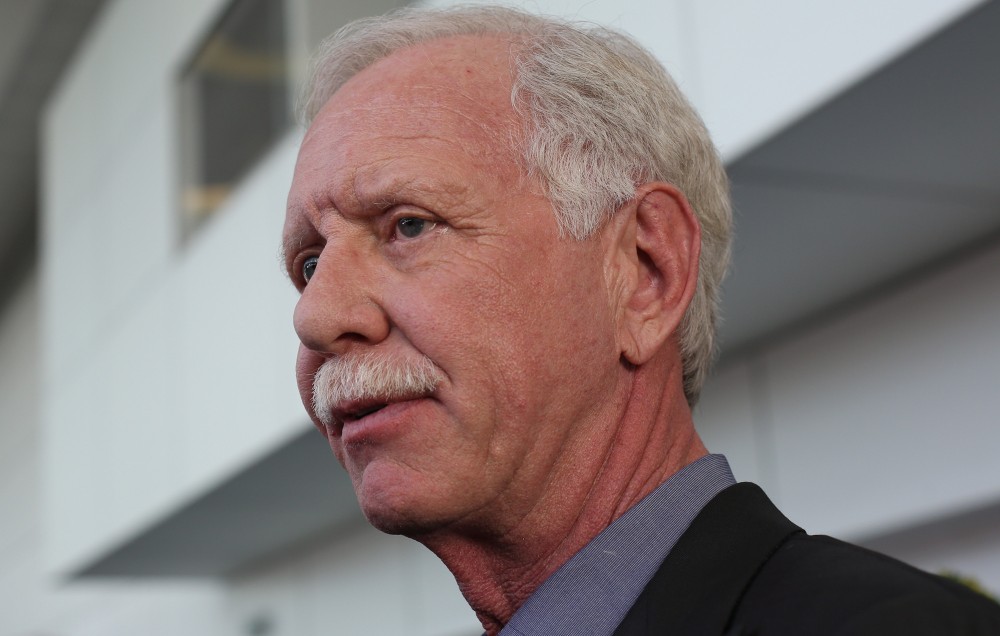 What Chesley Sullenberger accomplished on January 15th 2009 was simply incomprehensible. One could only shudder at the thought of having lived the horror firsthand, that too from the nose of death itself. One wrong move and you are talking head-on with it. Sully managed to land the plane to save every single soul onboard. All 155 of them! That just leaves your jaw wide open.

PLOT OF SULLY (SPOILERS AHEAD)

Clint Eastwood’s biopic does in every way justice to Sully’s magnanimous nature. Caught between a trillion could-haves and aftermath-thoughts, Sully hasn’t even yet recovered from the shocker that shook him up good, that we have dour faces knocking at his door. The unfeeling NTSB board begins pressing up hard trying to prove his human error. Their unvarying attempt is to disprove the choice Sully made when he decided to land US Airways Flight 1549 on Hudson River.

The movie rides to and fro showing us different timelines through Sully’s recalling. What it also does is try to depict us the real incident from different vantages. The fact that it is exhilarating to watch every single time even though from different pedestals, makes you marvel at Sully’s heroism even more.

If there was an actor who could have done Chesley Sulley Sullenberger justice, it was none other than Tom Hanks himself. The constant apprehension in his eyes as he tries to put meaning into things is havocing.

There is this moment where he is worried about the numbers, the count, whether everybody made it safe, and is asked:

To that he replies:

“I will answer that question when we have counted 155.”

That flicker of doubt or that tumult of incredulity when he gets to know he has saved all 155 souls aboard on the plane, is literally going to melt you. He stays in a perfect aura of agitation as he talks to her wife to tell her he is fine.

There is this expressive impassioned face that he puts on as the world showers him in a tub of adulation, but he is polite enough to refuse. There are so many times that he apologizes at odd hours that you can’t overlook how civil and deferential amidst all of it.

Sully’s final lines will tell you how modest he stays in reality, not taking the credit of having pulled off the landing. He shares his accolade with the people who were on board and those who rushed to rescue when he hit the waters.

Even though chopping off frames to time-travel us toward memories from the past was a tad baffling, it worked nevertheless. If it weren’t for the music that rang up Sully’s head, it would have been hard to guess for some which timeline one was in.

Clint Eastwood nevertheless remains one of the most thoughtful directors of our time. The way he glides alongside the plane to show minuscule details about the sojourn that went kaput is worth commendable. He makes even conversations riveting.

Todd Komarnicki’s screenplay ices it up with witty one liners, most of them escaping the mouth of Jeff Skiles played by Aaron Eckhart. Talks with Laura Linney are directed to make you feel good. She does a fine Lorraine Sullenberger.

The most satisfying moment in the movie is when Sully proves NTSB wrong. All that colossal turmoil in Sully’s eyes vanishes in a jiffy. For the first time you see those clouds of doubt disappear for good. He takes a short break just to talk to Skiles to tell him how proud he feels; how relieved he was of his decision to land 1549 on Hudson.

If we focus on other crucial movie moments, there are many actually. The movie shows how when people are hit by a conundrum they react differently. One of those survivors thought he could swim all the way in the freezing cold towards the land. Whilst there was one lady who thought it was a gas leakage, and that the Jet might explode, and so she jumps into the water panicking.

It goes without saying that those lives he saved will stay indebted to him forever. Whilst there are people who are decimating lives, we have this silent modest hero at one end, who is concerned about saving them all. You can’t applaud Chesley Sullenberger enough.

Stories need to be told. I am glad I got to know about Sully through such a beautiful movie.

Check out the trailer of Sully here:

Me and Earl and the Dying Girl Review (2015) | Comical Allegory