The Gift is a well written thriller!

Hats off to Joel Edgerton for his big debut as a fully-fledged director. Not only is his direction outstanding, but it is also better than most of the directors out there. His frames have an order, have the right amount of focus and they complement the score quiet beautifully.

The Gift unfurls gorgeously into a story which can’t be predicted at first. It breathes on a little suspense that coils around the question ‘Why’? Then as we progress halfway, things become a little clearer and the why gets answered. You see the true face of perversion there, and suddenly your heart brims up with sympathy.

The cast has done a great job by their majestic acting skills. Bateman and Joel are beautifully complemented by Rebecca Hall, and they all end up nailing it to perfection.

The plot is not quite intricate exactly, a little predictable when you see the end coming. But it is gorgeously wrapped under the threads of a thriller. It is very nicely written and eases quite brilliantly into the “Bullying” waters, an issue that still prevails in the society and the hunter in us never gives a damn. The Gift is all about one big bad vengeance, which skims a little horror as it progresses. The music is good and the silence is deafening too. A couple of quick surprises make your heart skip a beat.

What is however hard to swallow is the fact that the casting chose Jason Bateman to do the job of a bully. But if you look at it, the director intended to show a character that people would have trouble putting a pin to. And Joel milked this incredulity just fine.

Some things that Edgerton misses out on are screenplay and subtlety. I wished the screenplay to pack in a little bit more punch. Also, the movie could have done a tad more with the suspense building as things start to become quite apparent.

If you start to question the last bit of the movie, where Robyn had already decided to leave Simon, then even if Simon didn’t know whose baby it was, it wouldn’t have mattered much. Let us just say both end up getting divorce, the indifference of Simon towards the baby would have given Robyn the true custody. Okay, it did shatter him and break him but was Gordo’s revenge really worth it? It was, if Simon really loved Robyn beyond limit, but given the limited romance time shown in the movie and confined relationship manifestation, things weren’t exactly palpable. Hard to digest!

Leaving everything aside, the movie still manages to keep you incessantly thrilled, rooted and suspenseful. Definitely worth your time! 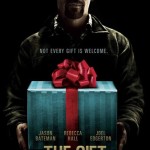