The Meg movie is yet another stale Shark movie that’s not up to the mark. While it tries to bite on “how big this time the shark is” factor, it fails to leverage it properly. Jon Turteltaub‘s creation is an instant fail when he decides to speed up every attack the shark does to hide a proper closeup. It’s like packaging cheap thrills inside every moment to look out for. Unfortunately, that paints a very unrealistic picture. Rushing in of the shark is so sudden and deliberate that you are always prepared for it. Owing to that the flick fails to deliver real tension. The horror you feel doesn’t feel justified.

Somewhere Jon fails to leverage a monster in the sea and I don’t know how good Steve Alten (the writer of a series of Meg novels) is, but to bring a gargantuan shark from the deepest trench of the ocean and not to cash in on its sensational size and the horror that emanates naturally, feel like a dud shot, a missed opportunity. It is not visually appealing either. The cinematography is just meh!

There was so much poetry in 2015’s In the Heart of the Sea that it makes Meg feel like its written in a farcical universe. You pay attention to the screenplay of The Meg and you realize how witless it is. There is nothing of value for perceptive minds to chew on. Then you turn your attention towards its humour. Entertaining movies have at least that for the rescue. Unfortunately, it is not that funny either, even though one of its characters suddenly goes for it as the movie swims to the finish line.

Characters in The Meg

The Meg movie’s characters cannot be taken seriously. The protagonist Jonas Taylor (Jason Statham) is like a superhero in the vanguard who doesn’t miss any chance to encounter the behemoth even though he narrowly escapes almost every onslaught. He is a man with a mouth which eventually ends up drooling for Suyin (Bingbing Li) and vice versa. The chemistry they bring to the table is just pathetic. Suyin feels like a paper thin Barbie doll incapable of eliciting emotions. While Jonas seems like as if he is trying too hard. 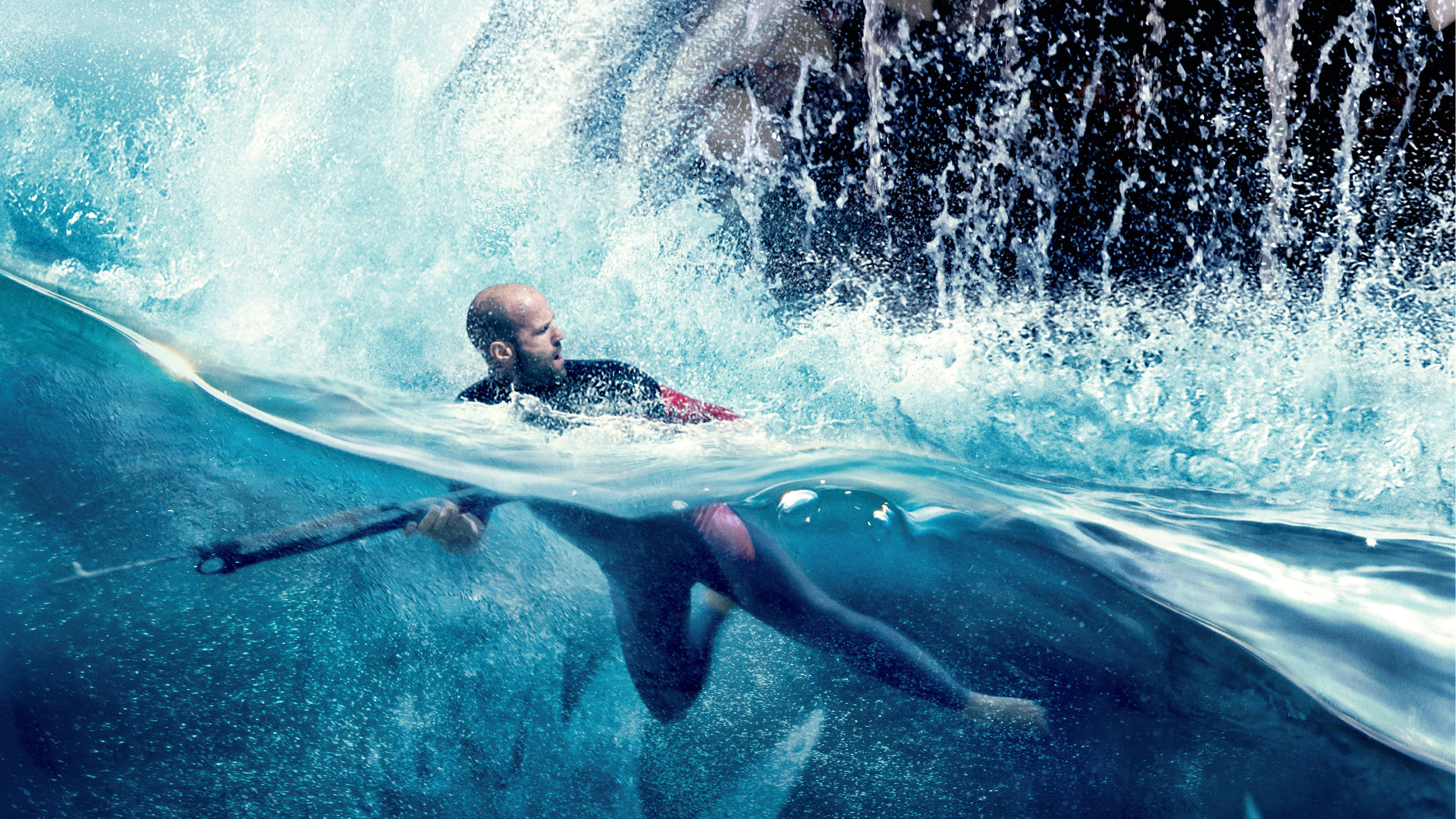 The child actress Meiying’s (Shuya Sophia Cai) presence is barely for the contrast she puts up against the mammoth sized fish. Then she is there just to fix her mommy up with any potential hubby material guy. There was a lot we could have done with her given what a liability she was but instead they end up turning her into a pimp.

Some of the characters in The Meg movie are just there without a purpose. Wink at Ruby Rose as Jaxx. It’s almost like the casting peeps said:

Many are dispensable while many dispensable characters end up surviving. Jonas has an ex-wife Lori (Jessica McNamee) and you can’t pinpoint why she is there in the movie in the first place. Oh right! Just to stay as bait to Meg, so that Jonas says yes to the mission?

Cliff Curtis has so much potential I don’t know why he signs up for movies where he is always sidelined as a supporting actor.

The Theme of The Meg Movie

When you talk about the plot of the movie, it can be dissected into two halves where the first part focuses on a limited world, the one curious about the things that are underneath a thermocline in the form of a research station called Mana One. The second part capers a bit on the outside where the real action is driven. You know, with the same old cliched deadly fin that a shark deliberately shows to tell its exact location.

In the first half, Lori ends up stranded with two of her colleagues when their submersible is attacked by an unknown creature. With the reputation Jonas has with his past rescue missions, he is sent off into the trench where the team is stranded. He manages to rescue them but one who makes his own choice.

The creature is then identified as a Megalodon, the largest shark there was, believed to be extinct. Owing to an explosion in the thermal vent, the Megalodon escapes the thermocline and enters the ocean.

Then begins the hunt to hunt it down using etorphine to poison it. They succeed in that but soon the twist happens when they realize they had killed a much smaller Megalodon, that there were two Megs that had escaped the thermocline and not just one. The real Meg upends their boat destroying everything in its wake.

Morris (Rainn Wilson) the owner of Mana One assures the crew that he had informed the naval forces who would take it from there. The lying prick he was, he goes on to hunt Meg down in the middle of the night with depth charges but ends up getting killed. When the crew comes to know about it, they resume their mission to track and hunt the shark down chasing it to a beach it was headed toward.

Sanya Bay – The Second Half

You give a sigh of relief when you finally see a beach for a change. Memories from the past come rushing down on you. If this bit wasn’t in the movie it would have been one hell of a boring movie. But hey just hold that thought! It doesn’t last very long. You get to have some fun with all the clueless people enjoying in the waters as our antagonist swims right underneath them. 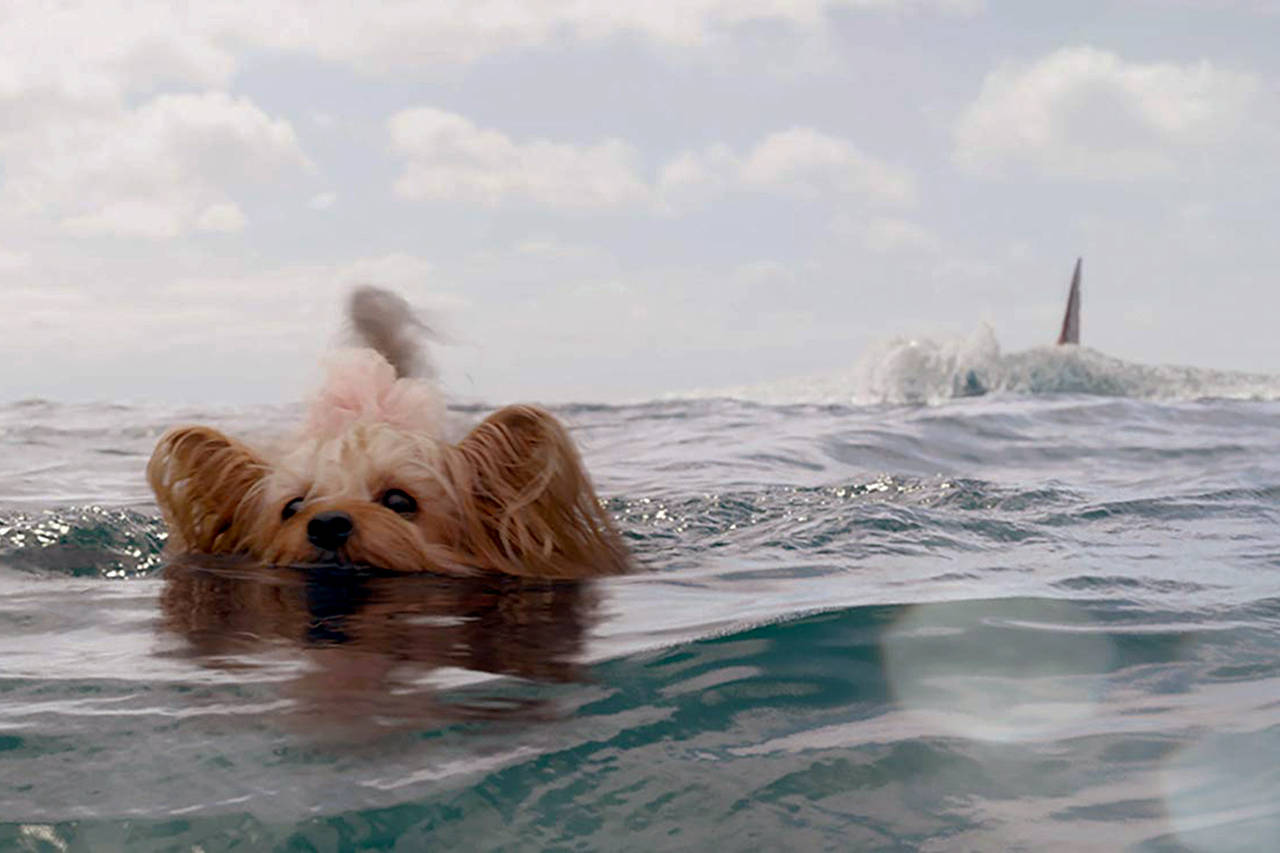 The Mana One crew then use a whale call to divert the attack, luring the shark towards them. Suyin and Jonas then try to kill it with the help of torpedoes but fail. Jonas then uses his damaged sub’s part to cut the shark open. Then stabs him in the eye with a poisoned spear. Jeez! Jason, do you ever stop being Satan?

Then the rest of the sharks come and finish it off. Phew!

A lot of times the Meg movie feels like ending. When you get to it and try to think back of what you just saw, try to sum it all up, it feels like a bad adventure. That there was so little in content that the movie feels as if it is coiled up in just one place. But then The Meg movie doesn’t end at such an hour, instead tries to trace the footsteps of the classic Jaws by Steven Spielberg where the real action happens near a beach with a lot of people entailed.

But then again it barely skims it. There is no real tension, no proper horror that has your heart in your mouth. You are not dead scared like you were with Jaws. The impracticality of it all flushes the fish down the toilet. Meg becomes something that’s less of an adventure sans all the thrill you expected when you entered the cinema hall.

If you try to look at the good things, you realize things are always happening for a reason that the movie was kept intact in terms of filmmaking. The director knew what he was doing except what he was doing wasn’t terrifying enough and didn’t justice to a monster in the sea.

You can order The Meg movie from here:

With so many shark movies out there, I don’t know where I’d place this one if not at the bottom. I think 2016’s The Shallows was a lot better if you try hard to think of a new age shark story in times where we can easily handle a shark of any size. At least its backdrop was such that you took it for real. Here it’s hard to take anything seriously.