Russell Crowe’s first big directorial venture isn’t a fiasco. It is good but there are so many things that stop it from being great.

The Water Diviner is a movie that starts off with exceptional score, awesome direction and then later dwindles into mediocrity in its main course, only to resurrect again in the end. Screenplay is good, sometimes covering great words brilliantly spoken by the cast. Score is enthralling. Plot is beautiful and well directed at times.

Movie is all Russell. Carrying a thoughtful face and wet eyes, he portrays a man in pain perfectly. You can almost feel for his loss, when the plot unfurls with a terrible tragedy that compels you to wear his shoes. With a big fatherly heart, Crowe carries the movie with his sheer emotions.

Olga is a disappointment. Her face lacks the much needed thoughtful lustre. Sometimes you can perceive her forceful put-on acts with a lot of unwanted animation to her features. Even Jai doesn’t get enough screen time. His addition to the tale ends up going to waste.

Some of the greatest bits of the movie lie in its starting act where we see Connor finding water, and then digging a well to find the cold. Even before that, the war bit is also quite beautifully shot. It carries along with it an apt climax that delivers subtly a brooding thought. We are soon thrown into the pits of tragedy when we find Connor reading out stories to three empty beds.

At one point the movie loses its seriousness where the score changes to comic like undertone. Even though grim frames follow, something seems amiss and you cannot take anything that pursues seriously.

The gravity of the movie however lies at the war grounds where Arthur lies in mud along with his brethren, helpless, and also at Russell’s brows. The chaotic war aftermath is captured beautifully with all the wailing and crooning that shatters the quiet myth.

Eventually the flick narrowly escapes the jaws of mediocrity owing to the gloomy theme it runs on and revives with Arthur’s big conundrum and a happy-ending.

Good stuff! Worth a watch! 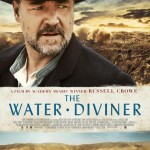