War for the Planet of the Apes is as alluring as its prequels. The third installment in the franchise doesn’t disappoint either. It has all the goodness inbred that came scuttling down over from Dawn of the Planet of the Apes movie that we saw in 2014. So it would be safe to say Visual Effects were as stunning as ever. The story treads the aftermath of the collision we saw in the prequel and is taken forward by Woody Harrelson‘s insane character The Colonel. He ignites the events of the tale that ends up swallowing the entire ape community.

Matt Reeves walked in with a premeditated setup that he co-wrote alongside Mark Bomback. The result is an epic story that tries to seethe in Caesar an absent verve of vengeance. Caesar becomes adamant on revenge and becomes so smitten with it that he ends up overlooking his leadership. There is death in his eyes and he wishes to deliver the same to a man who snatched away everything from him.

The direction is paced slow for us to feel the right emotional vibes, connect with the protagonist, to understand why he does what he does. He chooses revenge, letting his guard down, losing his cool, which doesn’t end well for him. Locked in a cage with his entire community he ends up becoming vulnerable. Watching their leader stranded in a similar fate, many of the apes feel disappointed and lost. 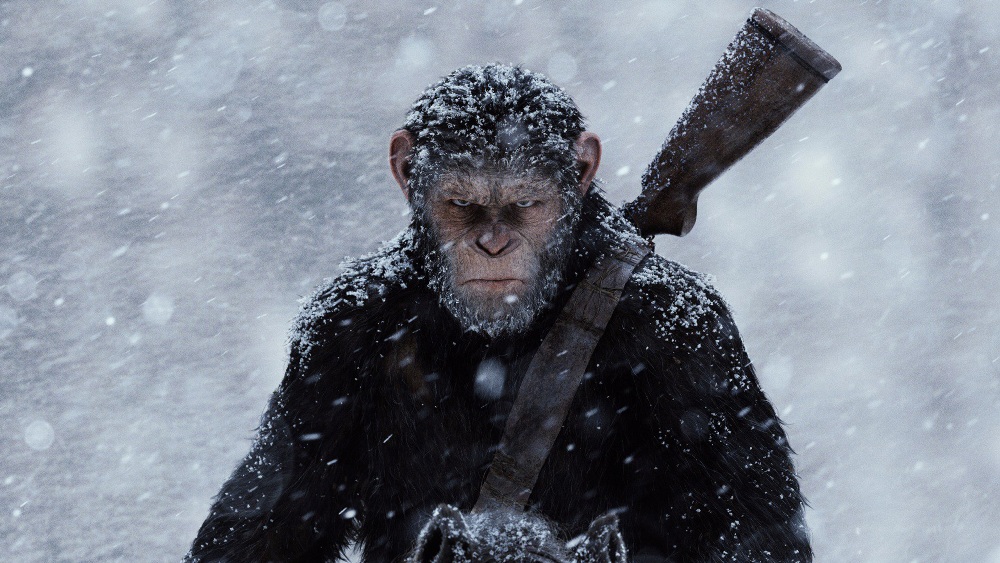 But he stands for them being the leader he was and ignites that spark of hope in them all over again. He has friends on the outside that help him concoct an escape plan that he then later executes but he can’t let go of that sense of vengeance. So he ventures in to smite at the Colonel’s gate as the rest of the apes try to escape.

In a discussion with Caesar, The Colonel spews out how he chose to wipe out humans who were affected by the Simian flu that included his own child too. It was his answer to devolution as the Simian virus was ending up reversing nature’s plan by turning the human mindset into that of apes. Owing to Colonel’s revolting plans there was a whole army knocking at his door to win their internal war.

Whilst some might have been rooting for an epic showdown, the Colonel ends up being a victim to the Simian flu himself. It was like poetic justice delivered on him by nature itself. He becomes what he wanted the world to dread. He ends up taking his own life pulling the trigger on himself.

We have a fun character in the form of Bad Ape (Steve Zahn) who is an ape Caesar finds in a hideout. He brings in some humour to the otherwise grim tale using his clumsy acts and broken English. He is an absolute fun charmer and he helps in breaking that sadistic monotony that runs for the major part of the flick.

If I might stretch that moniker further, the flick also has Koban elements written all over it. There is a hint of Koba in his follower apes who have chosen to help the humans and are killing their own kind without batting an eye. We see that in the form of betrayal twice and you can’t help but feel bad for Caesar. It is like even though the evil is broken, there would always be its shards left out in some who would still end up coming after you.

Koba is also referenced when Maurice points out to Caesar in his attempt to deliver justice he has become Koba himself. When the lights in Caesar’s head begins to flicker, we get to see Koba twice as he grins to the reality that faces Caesar. He had indeed become Koba in his madness to avenge his wife and child. He had put his entire ape community in danger by leaving them without a leader. That broken shard had got him too.

There is another important point worth noticing in the flick. It is that of mercy that Caesar shows to the people who came to kill him and his fellow apes. Whilst it is hard for people to get it, and it probably might have furrowed some angry brows in the audience too, it is a thing that sounds so not like humans.

We are not savages.

Caesar wants to make a point by letting some of The Colonel’s men live. And the same night we see The Colonel barging on their doors to kill him. It makes you want to hate mankind instantly for that. Why would one do that? Why can’t they choose peace? What is it with the ego?

The worst feeling is when the guy who had returned to safety owing to Caesar, ends up wanting to shoot Caesar as if he was obliged to. It is insanely inhumane of him to do that. That’s also where you want to rip his heart out for being a complete ungrateful douche.

The Good Left in Humanity

Whilst the writers of War for the Planet of the Apes paint a picture of a dystopian world where everything human makes you want to retch, we have also been presented a character of a mute girl Nova (Amiah Miller) who speaks a thousand words without saying anything. She is a subtle wink on how human innocence is the only thing worth cherishing. And that innocence can only be found in a child. Children only register things that are “immediate” without having an understanding of the background.

Nova doesn’t realize she is sick of the Simian, that finding her would mean people hunting her. Her ballsy act can be witnessed in the part where she walks in to save Caesar by offering him food and water. She is unperturbed by who might see her around helping out the apes and yet she does the right thing. Nova saves Caesar by helping him stand on his feet. 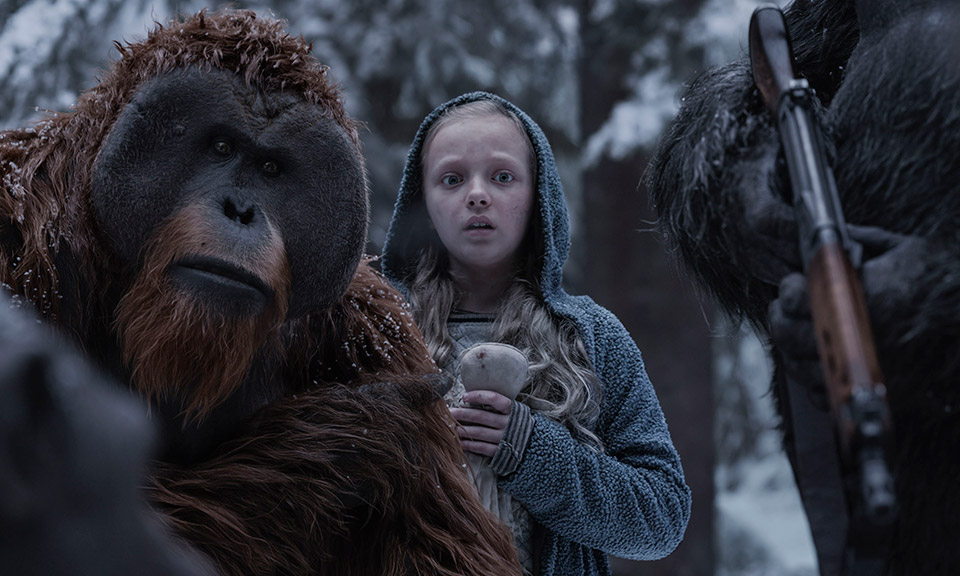 She is probably the only thing good about humans that Caesar too comes to terms with.

You can order War for the Planet of the Apes from here:

In a world of cinematic universes where people choose to retire, (and it’s been aptly done so far with the likes of Creed and Logan doing us the honors) apes had to do it too. They had to part with their extraordinary leader Caesar and his run had to be the most revered of all times. Caesar gets a franchise he deserves, as Matt Reeves allows him to call it quits.

Andy Serkis served us good, and even though we wanted to see more of him, it was time his character was put to rest too. He is like a God to all apes and without the direction he had shown his fellow apes it would have been hard for any of them to even stand a chance. That being said the future will now be written on the grave of Caesar as apes would remember his colossal sacrifice.

War for the Planet of the Apes deserves every accolade there is. It is a conclusive part that celebrates the character of Caesar the most as we see him dwindle and then rise again like the warrior he is. It teaches us so many values in the form of mercy, that nature has its own way of punishing, that nothing good ever comes of revenge and that there is still some good left in the world.

Epic conclusion to the Caesar saga!

Check out the trailer of War for the Planet of the Apes movie:

War for the Planet of the Apes

Get Out Movie Review (2017) | An Intriguing Inventive Mystery