Bajirao Mastani is a charred historical saga fossilized under the Indian beds of parochial rules. Bajirao was a mighty warrior pestered by his own internal wars and trampled over as a social pariah.

SLB is all about the big and the rambunctious. So he took the epic project of helming the lost mercenary. The Peshwa who was on his way to rule India, but was deliberately slowed down by his fumed relationships, muck amplified more by societal manacles and religious hindrances, than by his own reckless head.

Ranveer aces the character of Bajirao to perfection. With his natural fluency that never leaves him for a second, a Marathi touch that jackhammers every raised voice with a witty comeback or an intervened split, he wears power with confidence. He is flamboyant in his ways, phlegmatic in his attitude towards a situation, and sheer terror when it comes to threatening his enemies. He dons a natural flair and applies it to everything he does something which is quite rare in Indian cinema.

That being said, SLB isn’t all quilts either. He does focus on crucial bits in the movie, however overlooks the apparent, taking the audience for granted at times. Like all the fight scenes in the flick are quite mediocre and over-exaggerated. If you are not in the rhythm of the movie, they would all seem almost indigestible. But oddly he cashes in on the audience’s emotional frequency and creates a superhuman that was a lost face in history.

The pace of the movie is outrageously fast, that does raise brows at its editing. You almost want to take a pit-stop to breathe, but then comes gorgeous conversations. Crucial, gut-wrenching dialogues that put the saddle back on the horse. The conversation between Mastani and Kashibai and the one between Kashibai and Bajirao before he goes to war (Heads up for that Krishna-Rukmini bit), hammer the nail further down your heart. Extremely stunning talks that reek of human impotency to set broken things right again!

The ending of the movie, which could have been smacked by a George R. R. Martin blow, ends up getting stretched beyond limit so that emotional Indian audiences connect. At times, the right emotions appear missing from every character’s face. There isn’t love and yet love is supposed to be there. So, we have to assume, since they weren’t exactly looking smitten.

If all of the above negative aforementioned vibes get overlooked, Bajirao Mastani ends up being a complete package. You can’t just ignore its soothing screenplay that is filled with brilliant dialogues and intercepting comebacks. They are witty, well thought of, and well researched. Some are quite cheesy as well, but they have been all mastered and well executed by the actors.

Bajirao Ballal ends as a true hero avalanched under the ruins of his own deeds. He lost one of the most crucial wars of his life, the mental one, as steeds race past him and his deadly blade, in his contorted head and he drowns a mortal instead of an immortal unstoppable warrior.

Every penny worth epic! 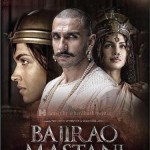