Batman and Harley Quinn movie is hands down one of the worst DC animated movies yet. It is demeaning and disparaging to all the characters in the DC universe. A Batman flick deserves a better story and dialogues, goes without saying, a character like Harley Quinn deserves a better movie. The humour is so not funny. It makes you feel as if a 12-year-old wrote its screenplay. Things don’t make you laugh but force you to shake your head so many times, I wouldn’t be surprised if you end up with a cramp in your neck.

It is that picture that Sam Liu paints with the flick about its characters which just makes the whole movie outright repulsive. Even though you try to hang on, just to see if there’s some surprise lurking in the corner, eventually you find out that everything’s plain stupid.

The theme of Batman and Harley Quinn movie, you can tell, is deliberately kept funny. Like even when there’s a serious scene going on, when the story is about to unfurl, a guy walks in to clean the table stopping the flow to point out that he was a big fan of Batman. As if that was necessary! You can feel that the movie brazenly tries to be funny and that’s one of its biggest mistakes. 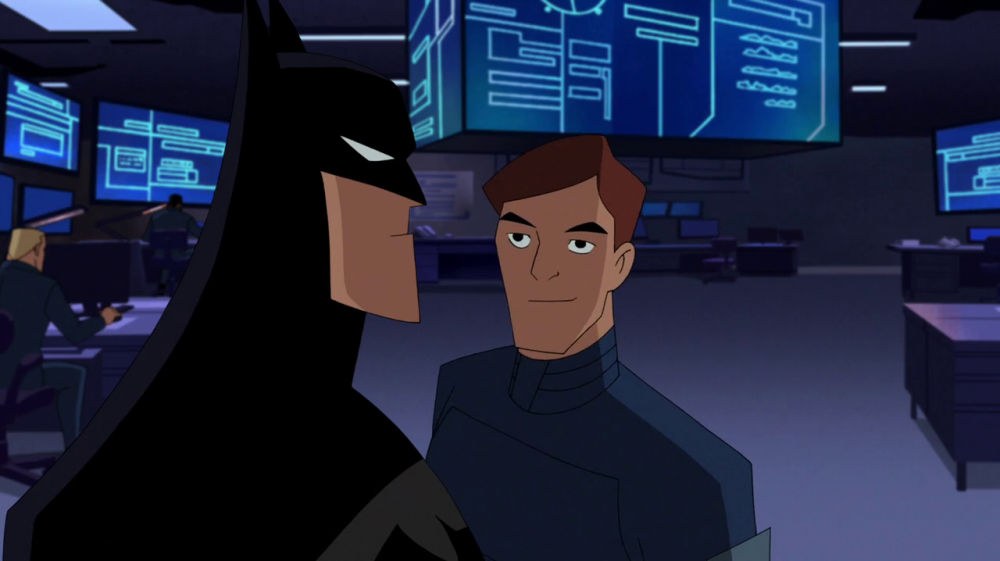 Then there’s that hunting down Harley montage wherein Nightwing keeps asking different types of people about Harley’s whereabouts. It returns absurd answers. It’s hard not to see through it all as to why the director decided to put that scene in there. But in doing so he poses Nightwing as a loser. As if his detective skills took a toll or something.

All of which seems quite alright actually until the kinkiness comes into play. Nightwing becomes a character that you can’t take seriously, and it’s a constant tumble thereon. Batman with Barbara in The Killing Joke, I can forgive that any day. It had at least some solemnity to it. But this is just plain unforgivable!

We see Harley going so gross she even starts farting in Batsy’s car. Why was that indispensable?

They create one whole scene of a pointless chase for a joke that wasn’t funny. Then a scene to retrieve information from a contact in a pub, where Harley sings a full song which runs more than 2 minutes, in the end dropping the mic to look cool. I mean why is the humour so tasteless and cheap?

It even goes on to expect the audience to feel sorry for a worthless character who wasn’t even given a proper screen time for us to actually feel sorry for. The reason you ask? Just to show how good Harley is even though she advocates supervillains.

The plot of Batman and Harley Quinn movie is basically trying to drive a story towards an environmental issue, which is supposed to be a good thing. But somehow the work doesn’t end up becoming convincing. The plot is void of thrilling moments. Batman doesn’t feel like Batman. Nightwing doesn’t feel like Nightwing. The rest of the cast follows suit. 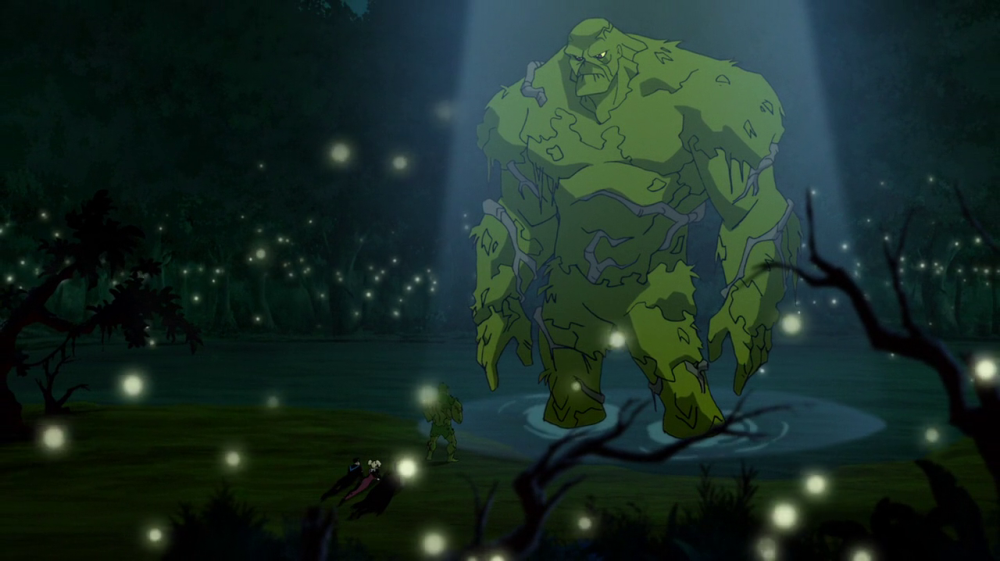 Swamp Thing‘s entrance is grand and his import in the DC lineup story is preserved which is probably the only good thing I could think of from the movie. That and the fact that Harley Quinn is kept loony as we want her to stay.

Another good thing I would say is the presence of Floronic Man who, I am glad, isn’t a moronic man. The only good villain in the movie who stands true to what he set out to do – villainy. Jason Woodrue is serious about turning the world into plants and he sticks by it till the end. Poison Ivy, on the other hand, the main villain calling the shots ends up having a change of heart.

Eventually, the final scene of Batsy and Nightwing kissing Harley for a dumb-genius idea (which Batsy being the world’s greatest detective could have easily thought of) would make you want to marvel at the idiocy once again. It is dripping with all the writer’s love for Harley, you can tell. That’s the only thing to make out from that. No subtlety! I really wish DC starts hiring some good writers for the job.

You can choose not to watch this movie. But if you are a DC aficionado and you can’t help yourself whenever a DC flick shows up, you can go ahead and stow this flick into your collection. But trust me this movie doesn’t deserve to be there.

As a final say, I would say, the jests are not up to the mark. The storyline is a complete dud. The fact that characters are messed with, ends up making the animated flick a huge bummer. There is a not a bit of seriousness anywhere which ends up taking away all its mojo. Villains don’t feel like villains. And Harley is intentionally loaded up with jokes that are not at all funny.

Check out the trailer of Batman and Harley Quinn movie:

The Hitman’s Bodyguard Review (2017) | An Act of Deliberate Plotting