Black Mass has Depp written all over it.

Depp does it again! His Whitey Bulger looks so terrifying it gives you the chills. He is a viper that takes everyone down with him. That’s the bottom-line! The crux of the biopic! James Whitey Bulger, the most notorious criminal was doomed, and he took everyone close to him, with him, to hell.

Scott Cooper makes Whitey Bulger an unpredictable psychopathic albino criminal to make him look not only badass but extremely dreadful too. Johnny Depp ensures he nails the character in Cooper’s head to perfection. Scott does change a lot of facts and messes with reality to emphasize on his character. In doing so he misses out on a lot of crucial factors to wrap a biopic.

At no point are we introduced to Angiulo or his involvements. What is quite surprising is the fact that Cooper chose to manifest dispensable characters like FBI Agent Robert Fitzpatrickand Lindsey Cyr instead. The editing of the movie isn’t that great. You see a lot of characters in the biopic who are built quickly from scratch, but unfortunately are not handed enough. Cameos basically suppressed under Bulger noise!

Who we must not forget in this rad Bulger tale, is the contribution of John Connolly played by Joel Edgerton. He is always there. The backbone of Jimmy’s rise. The FBI behind every crime. He saves his ass literally all the time, and fights with Charles Mcguire (Kevin Bacon) and convinces John Morris (David Harbour) into helping him.

There are frightening bits in the movie where Depp turns Jimmy off and then on just like that, characterizing his psychotic and unpredictable nature.

The movie doesn’t cash on its screenplay, and is entirely dependent on Jimmy Bulger and things that surround him. The score of the movie is great, as violin breaks the silence with its brilliant depth. Sometimes absent, the music is only played at the right areas for emphasis.

So Cooper’s Bulger isn’t exactly smart. He is sleazy and basically rolls on favours of people close to him. The fact that he works under the aegis of John Connolly and Billy Burger, where John is ever ready to save Jimmy’s ass is what gives wings and balls to Bulger. The movie doesn’t highlight all his murders but depicts two or three. Others are shown being committed by his accomplices.

A lot of fact changing actually steers the movie from a biopic to a fiction. It appears stale if compared to other great crime stories. The introduction and conclusion of Brian Halloran to the story was too distasteful. At one point you almost think, Jimmy has a plan when he asks Brian to take the bag of cash and leave. But then it was just plain talk! It was hard to imagine the character, who you were hoping doesn’t do normal, to do the ‘simplest of things’.

If we don’t look at all the minute details and enjoy the movie with a popcorn, we can see Depp’s brilliant acting, Joel Edgerton’s persistence and loyalty, Benedict’s style and a great criminal story that reeks of perversion the moment it enters the police line.
Overall the movie was good. If there was someone who was ensuring that, without much in their baggage, it was Depp and Edgerton all along. 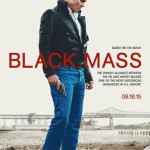