Suprise! Surprise! Jumanji resurrects in our very own gaming world and you know what? It’s not bad at all. Jumanji Welcome to the Jungle has all the things to entertain you despite its fantastical roots. That being said, there are elements in it that will make you scoff nevertheless, but isn’t that how this entertaining franchise has always been? Fanciful and scratching the surface of surrealism?

Plot of Jumanji Welcome to the Jungle (Spoilers)

Jumanji Welcome to the Jungle starts off lugging, with that same old game metamorphosing magically, syncing itself with technology. That’s how the franchise justifies its time leap, and it seems like that’s what’s going to happen in the long run as well. However, difficult it was on the eyes, you can always look beyond by branding it as just plain old “magic”.

So the plot features a certain Alex Vreeke from Brantford being sucked into the game in the year 1996 when the board game transforms itself into a video game cartridge to pique his interest. Later in the year 2016, four students from Brantford (Spencer, Fridge, Martha and Bethany) end up in detention together. They have been asked to clean up the room when they bump into the same Jumanji video game that we saw Alex play.

Characters and Avatars in Jumanji Game

While trying to choose the characters in the multi-player game they find out that they are unable to pick one of its characters. When they begin the game they all get sucked in. Each draped in their new gaming avatars.

So even though their appearance changes, persons inside them come with their own individual qualms. Apart from that, they also have their newly acquired skills and weaknesses.

Where’s the rest of me?

These are the avatars they become:

Now when you are playing a game, you are bestowed with lives. Here too, each character has three lives, confirmed when a hippo attacks Bethany killing him/her in the process, and a new revived Bethany falls from the sky. Each one of them has a tattoo depicting the lives they have.

Since it’s a game they bump into an NPC (Non-playable character) named Nigel (Rhys Darby) who briefs them about the mission. Van Pelt (Bobby Cannavale) is after the Jaguar’s Eye, a jewel that would give him complete control over all the animals in Jumanji. Van Pelt is the same guy from the 1995 movie Jumanji however with all the transformation (the age leap), he has transformed too. In Jumanji Welcome to the Jungle, he has been introduced as a colleague of Smolder who has gone rogue. 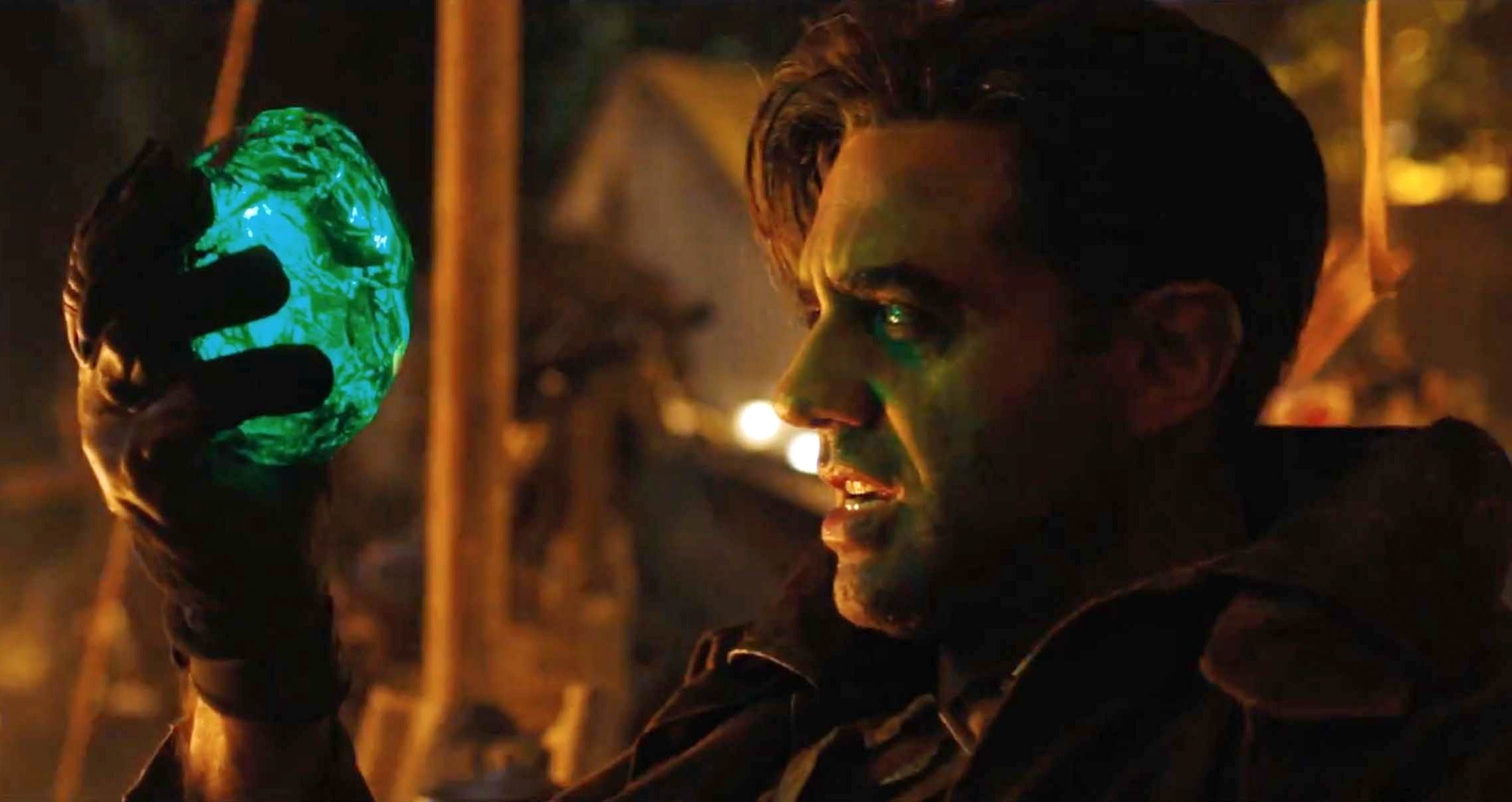 Decoding Nigel’s code, the crew realizes they have to call out “Jumanji” after placing the crystal on a Jaguar’s statue where it belongs to win the game and escape. That’s their only way out.

Martha: Are you gonna help, or are you too pretty?

Bethany: I am too pretty.

Lives are lost as difficulties arise during their gameplay. But they manage to hang in there till the end. They bump into Alex (Nick Jonas) from 1996 and realize that he went missing in the real world because he was stuck in Jumanji all this time in the avatar of Jefferson “Seaplane” McDonough. Alex had been living in Alan Parrish‘s (Robin Williams‘ from the prequel) treehouse.

Alex loses his only life when bit by a mosquito but Bethany performs CPR on him transferring one of her lives to resuscitate him. In a theatrical end, we find the team in a face off against real jaguars. In the nick of time, Smolder reaches the top of the Jaguar statue as Martha intentionally dies with the Jaguar’s eye so that she could revive and show up from the sky (talk about accuracy) with the jewel. Smolder catches her mid-air as everyone shouts Jumanji after returning the eye to the statue.

The game ends as players return to the real world. They are back in 2016 in the same detention room. However, it has been 20 years for Alex. He has aged and become Colin Hanks (one guy three characters! Whoa!) When the quadruple bumps into Alex it isn’t surprising that it takes Alex a while to recognize them, but weirdly enough he is spot on. His house that used to look ramshackle looks neat and tidy, and he has a kid too.

So what really happened?

Jumanji has its own timeline. It’s like a limbo where the time of the real world doesn’t matter. And when you are done, basically the game puts you back in your own time. So if you are playing it say in 2017 and you end up getting stuck there for like a century, but still win it eventually, the game will spit you out in 2017 some time after you started playing the game.

It goes on to show that Alex Vreeke had a regular life after the prologue. He went on to live the life he had missed in Jumanji. He did not go missing and his house was never derelict. For the viewers, I surmise it must have been somehow hard to digest watching Alex recognize all four so quickly. But it was done I would say in an okayish manner.

You can order Jumanji: Welcome to the Jungle from here:

Overall Jumanji Welcome to the Jungle was done brilliantly. It was above average and packs in plenty of laughs. Above all, it makes you inquisitive all the time. It’s like a game after all, and if you are a gamer you will have a blast every second.

I was a big Jumanji fan ever since I bumped into it as a kid. The concept of playing a game that brings all its units to the real world is akin to bringing all your fancies to life. After all, everybody wishes to be stuck in one, in their favorite one, to nail that happy ending that they are often unable to find in real life.

Check out our other movie analyses too.

Jumanji Welcome to the Jungle

Insidious The Last Key Review (2018) | Is the Franchise Losing its Mojo?