Surprise! Surprise! In a world where book franchises aren’t doing so great, stands out Maze Runner with a steady record. Maze Runner The Death Cure is as brilliant as its prequels, continuously thriving on an amazing storyline that has been written by James Dashner. The good thing about it is that the franchise keeps rolling up unnerving moments for its protagonist Thomas (Dylan O’Brien) and seems to be putting him at strange crises.

I am afraid the immense downside of this part, in particular, is its tragic plot that hides not just one but two big moments in its womb. It was an unnecessary stretch the end of which we could have used in a separate part itself. But Dashner chose to compile all of the heart-rending moments he had in his head in a single novel.

Direction and Writing of Maze Runner 3

Wes Ball is really getting there with his direction, creating some amazing scenes, experimenting with his frames. You can literally sense how he has grown as a director. The story of Maze Runner The Death Cure kind of feels complete in itself, but you know it’s open-ended given what Dashner has already accomplished with the books. 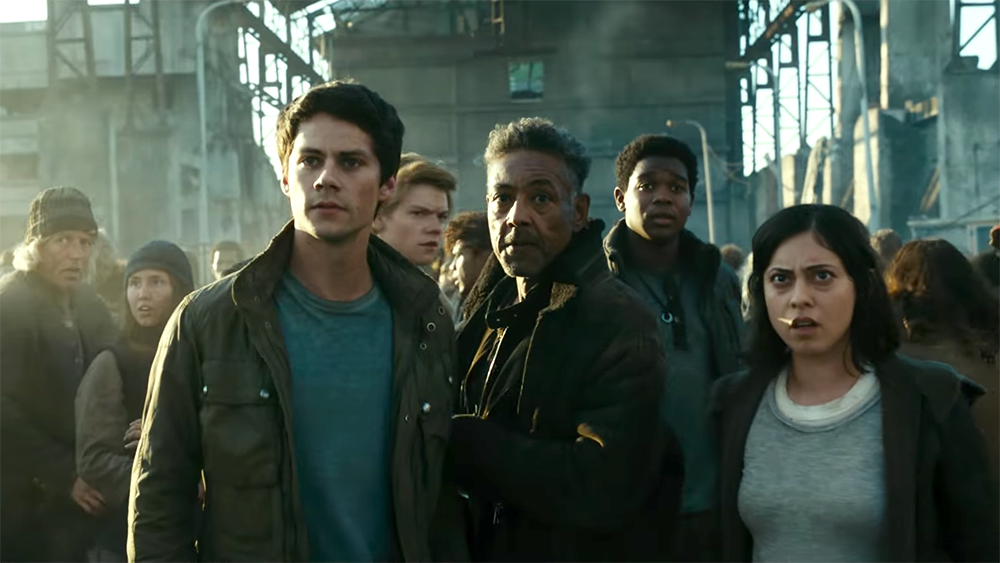 Whilst Maze Runner The Death Cure movie remains as action-packed as its prequel Maze Runner: The Scorch Trials, it somehow turns out to be better than it. There are plenty of enjoyable moments in it that make you appreciate the filmmaking. Dylan has been downright outstanding as Thomas once again. He looks intensely invested in his character.

All the supporting actors are dead serious about their bits too with Newt (Thomas Brodie-Sangster) getting a lot of focus. The best thing about the flick is that it milks on in the tension between Teresa (Kaya Scodelario) and Thomas. The villainy that Jansen (Aidan Gillen) brings in to the table, however, supersedes everything. He just reminds you of how badass he was in Game of Thrones. He makes you realize why he is such a good actor.

The plot is basically a mission to extract Minho (Ki Hong Lee) and his friends, trying to save them from WCKD‘s captivity as we had seen blooming from its immediate prequel. Unfortunately, it is a wild-goose chase for Thomas as Minho is held captive by WCKD as they are trying to use him (since he is a Glader immune from the virus) for a cure.

Unable to find Minho, Thomas risks his life as Newt and Frypan (Dexter Darden) accompany him alongside. They are saved by Jorge (Giancarlo Esposito) and Brenda(Rosa Salazar) as they head towards the Last City where WCKD’s headquarters are located. 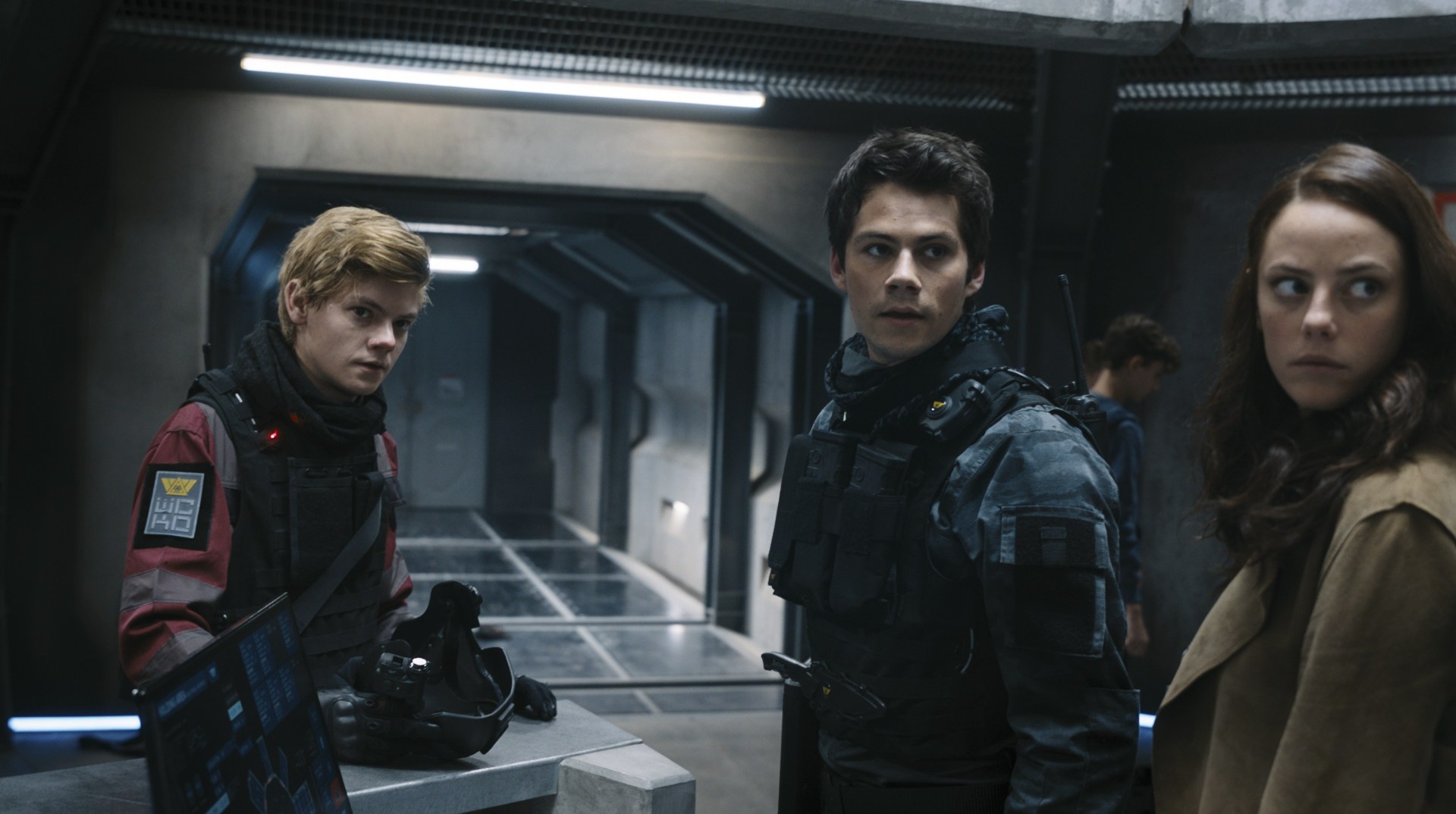 Three years we spent behind those walls, trying to break out. And now you want us to break back in.

The Last City in Maze Runner The Death Cure

The city awaits with raging guns as they discover it is impossible to get inside. There are sentinels opening fire every now and then to disperse the crowd. Some masked men capture the group identifying Thomas. It is later revealed that it was Gally (Will Poulter) who had refused to die in the prequels.

Enter Lawrence (Walton Goggins) the Voldemort of Maze Runner franchise. The difference here is, we can say his name, and he is not a bad guy. He is the rebellion leader of all those who have been denied entry into the WCKD’s city. With his permission, they are allowed a covert entry into the city. Despite their differences, Thomas works together with Gally who knows the way in, as he accompanies them on a deadly mission to save Minho.

The mission remains the same, however, it passes through Teresa now as Gally suggests them to capture her since she has top clearance. Little does anyone know, that it is hard for Thomas to stay around Teresa and not have feelings for her. There is this intense emotional tension that’s tearing him apart, and you can sense why and how Thomas is in a constant churning machine of pain.

Do you regret it? What you did to us? 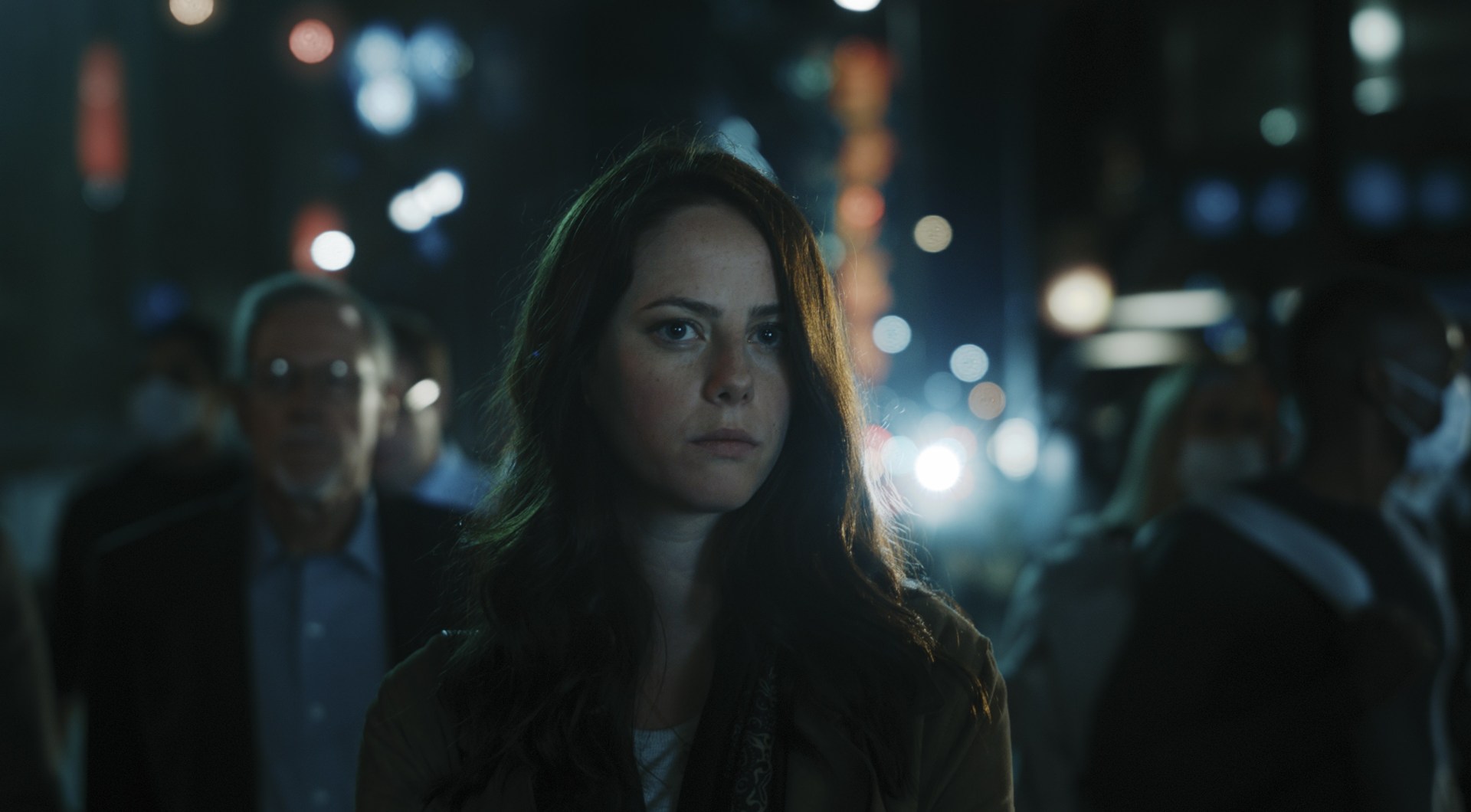 Teresa as a Bait

Using Teresa to get inside, Thomas and Newt bump into Janson who sniffs them out. A fight ensues as they run further into the maze. Gally is looking for a serum to treat Flare as he chooses to stay with the Immunes. He is able to find one.

Turns out Newt is not an Immune and he is gradually succumbing to the effects of the deadly Flare virus.

Thomas: There’s no guarantee we will make it back from this.

Newt: But we started it together, we might as well end it that way too.

Meanwhile, Teresa had a plan of her own as she takes Thomas’ blood to run her own tests. She is able to make a serum through it that treats the Flare. His blood is the cure!

One of the most absurd scenes is that of Brenda being saved by Frypan using a crane. Literally, nobody even tried to shoot her or take a step forward to stop her. It was weird how all the hooligans became the spectators themselves and let all of it happen.

Amidst all of it, a rebel war is about to go down as Lawrence the Voldemort is busy delivering the speech of his life outside the city. They destroy the sentinels and head inside the city with every means to seize it and bring it to rubbles.

Brenda: You can’t save everyone, Thomas.

Thomas: I can try.

Minho is saved as the trio theatrically jump into a swimming pool and are saved by Gally in nick of time. Newt is on his way to becoming a zombie when he hands him over his pendant.

Minho, the fastest runner, he is, runs to Brenda and Jorge who have a Flare treating serum with them.  Newt has already become a zombie and he attacks Thomas. It is a painful transitioning of emotions that makes the whole scene simply epic. It is that same old churning that we have often watched in movies aplenty that turn a friend against a friend.

Newt is going through a lot, asking Thomas to leave or he would kill him. Thomas doesn’t want to leave his friend alone. Eventually, Newt kills himself left with no choice.

Teresa announces through a transmitter throughout the city that it is Thomas who could help people get rid of the virus.

Thomas finds Ava Paige (Patricia Clarkson) who tells her that WCKD’s intentions were good even though its name meant something else. Jansen shoots Ava and hits Thomas on the head making him unconscious. It is revealed that Jansen is turning into a Crank himself. He straps Thomas on a stretcher alongside Teresa who is busy taking out his blood.

Jansen, the loud mouth he is, reveals that his intentions were to give the cure only to those who could afford it. Teresa turns on him hitting him on the head. A fight ensues as Thomas releases zombies on Jansen killing him for good. As the world around them is falling and burning to cinders, Thomas and Teresa head towards the rooftop with no hope when Vince (Barry Pepper) and Jorge show up in their aircraft asking them to jump.

You already know how it’s gonna end. Thomas makes it but Teresa fails to, and she disappears into the swallowing fire.

The world is dying. If we find a cure that’s the only way all of this was worth it.

So Thomas is 2-0 down when he tries to find a happy ending in a life that fails to give him any. He loses his buddy and his love in Maze Runner The Death Cure. You can only imagine the pain.

You can order Maze Runner The Death Cure from here:

As an epilogue that could have been made shorter, we find Thomas waking up in a base led by Immunes and the Right Arm. Together they have found a safe haven as was pointed by Ava. Thomas discovers the pendant Newt had given him and finds a note in it that has, to be honest, nothing useful in it suggesting another part. But it has warm words.

I want you to know that I’m not scared. Well, not of dying, anyway. It’s more forgetting. It’s losing myself to this virus, that’s what scares me. So every night, I’ve been saying their names out loud. Alby. Winston. Chuck. And I just repeat them over and over like a prayer, and it – And it all comes flooding back.

Just the little things like where the sun used to hit the Glade at that perfect moment right before it slipped beneath the walls. And I remember the taste of Frypan’s stew. I never thought I’d miss that stuff so much. And I remember you. From the first time you came up in the box, just a scared little Greenie who couldn’t even remember his own name.

But from that moment you ran into the Maze, I knew I would follow you anywhere. And I have. We all have. If I could do it all over again, I would. And I wouldn’t change a thing. My hope for you: when you’re looking back years from now, you’ll be able to say the same. The future is in your hands now, Tommy. I know you’ll find a way to do what’s right. You always have. Take care of everyone for me. And take care of yourself. You deserve to be happy. Thank you for being my friend.

With that ending of Maze Runner The Death Cure suddenly you realize you have never really paid as much attention to Newt as you had in this one.

There have been some amazing moments shared whenever Thomas and Teresa are together too. You can literally feel the emotions venting out and the discord trying to keep them apart even though they are dying to be together. I think there was some brilliant emotional turmoil scooched in Maze Runner The Death Cure.

There were problems with the flick in the plot department, yes, with Dashner aiming for a double headshot in the head. The fact that Wes failed to address logical things and the way the movie ends up stretching even after the final jolt. But overall it has been brilliantly packed, and you know that it truly deserves to be cherished.

Good thing is that the franchise is doing great with beautiful winding stories and we are having a great time watching them. Who is complaining?