Sausage Party is a ballsy satire that tries to open the eyes of blind believers by gelling up with its fantastical fun theme. Food talking! Yes, this world is all about your favourite food talking with each other, and cracking up jokes in an attempt to please humans.

Conrad Vernon and Greg Tiernan’s humorous R rated comedy is all about self-realization and it uses plenty of sarcasm to achieve that. When you look at the strata of comedy the animated movie packs in, you are going to realize that it is too damn funny.  What makes it immensely entertaining is its slapstick witty humour that never stops even though the movie constantly keeps running into a tad vulgar category.

Sausage Party is more of a well executed fantasy wherein your daily food begins to talk. This personification, even though as ridiculous as it sounds, is a really fun attempt at seeing things differently. That’s what great comedians do. They put life into the inanimate and try to tickle us with things that we haven’t paid attention to. 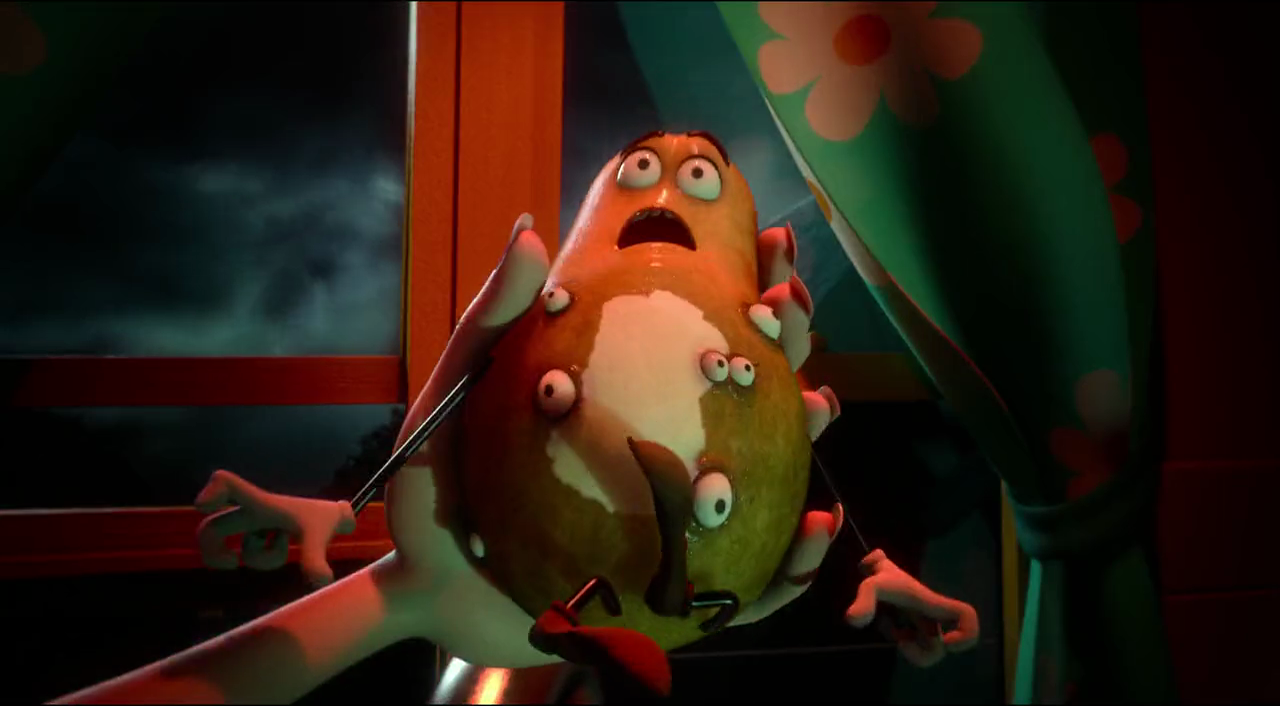 You know like, what would a potato be saying when someone is peeling it off, or things that go great together are actually soul mates in their dimension. Sausage Party does all of it giving it a contemporary touch and a modern lingo in order to make it even more enjoyable.

Sausage Party starts off with a faith-smitten song that is meant to mimic the ways of religions.  Prayers, hymns, carols, anthems and psalms, that’s what every religion asks of us. People sing it with a mere belief without questioning or realizing if there could be a different truth altogether. Sausage Party tries to show us a contrasting vision which is something really ugly and hideous.

With that song it also tries to mock how people in the real world think:

“Everyone else is fucking stupid. Except for those who think like me.”

It goes on to show how dismissive we are of contrasting thoughts. Also, that we are not good listeners. Troy another sausage trying to make fun of Barry’s deformity is like people judging others based on their looks. An issue still percolating in our minds.

You are different, and that makes you weird.

A place called The Great Beyond exists in their confined minds about which they know nothing of, and yet they pray for it, every morning. Humans are akin Gods to them, and they feel chosen when they are picked. It is a way of life reflective of ours in a way. 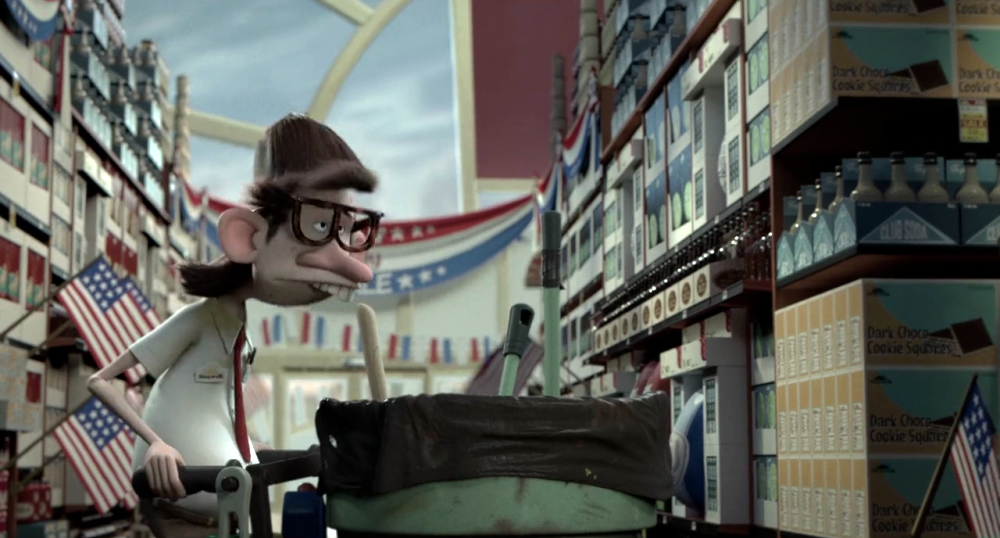 There is a Dark Lord human in the movie who basically acts as a paragon of Death. It is a quintessential element, who is ending lives, but according to him what he does is justified. So, when The Dark Lord puts a decaying package in trash, here leaving it to die, Frank, the protagonist, voiced by Seth Rogen takes it like:

They stayed in their package, followed all the guidelines of the song and what do they get for it?

The reply is just how you would imagine a blind follower to come up with:

We are not supposed to understand the will of the Gods, Frank. They work in mysterious ways.

Frank is the questioning sane guy who doesn’t believe in anything until and unless he has proof. So his sojourn begins with an accident that leaves him stranded in Shopwells, in the process unknowingly saving his life too. What pushes on the adventure is his will to find out the sad ugly truth about their existence which basically forms the primal theme of the movie.

An antagonist Douche who is an actual Douche, voiced by Nick Kroll, is trying to take revenge on Frank who had upturned his life unknowingly. A concept of accessing fourth dimension wherein food is visible is wittily hoarded at people who do weed. It also happens to be the only way people can come in sync with the food’s dimension.

You can order Sausage Party movie from here:

With that, I cannot emphasize enough, this is not a movie to show to your kids.

When your food starts talking, naturally jokes ensue unrestrained. There are plenty done with the accents, that are easy to tie down based on the origin of a dish.

To those who are really shallow Sausage Party would seem nothing but a cheap shot attempt at trying to defame conventions. But if you really look at it and watch carefully despite all the rib-ticklers scooched in there, you will realize it is something more.

You can check out the trailer of Sausage Party Movie here: