With Hulk and Thor‘s epic clash right around the corner, it’s time to reminisce about one of the most crucial chapters of Hulk’s life – Betty Ross. She’s a forgotten page in Bruce Banner’s life that once held steadfast to hold the entire plot of the Hulk story on her soft hands. With Marvel gone completely off track trying to form stories for the sake of mere adrenaline, it is high time we paid homage to the ultimate sedative of monsters all across the globe.

We have been smitten by the concept of beauty and the beast since time immemorial. And we don’t have to turn pages of history to know that it has always been that way. Mankind has invariably ended up thinking in that direction one way or the other. It’s the rage that does it for them, and it takes a beauty to sedate them. It’s like a perfect shot that every human can relate to.

Hulk is a paragon of that very thought. It was born with that nub of going rogue, of literally becoming a beast of fury, destroying everything and everyone who came in the wake of his turning. He was derived from ideas originating from Frankenstein and Dr. Jekyll and Mr. Hyde by Stan Lee and Jack Kirby. And we have seen a lot of similar ideas being executed in King Kong movies too.

He is indestructible, and that isn’t just the best part of being him. At least the writers who brought him into the world weren’t thinking his invincibility to be the only amazing thing about him. And I am glad that the Hulk origin story is so much more than what he has ended up becoming today – a mere exhibit for cheap thrills.

If memory allows you to reinstate past images, you must remember Betty Ross, Bruce Banner’s girlfriend. With a beautiful past that captures his soft side for Betty Ross, suddenly leaving the thread hanging creates a gargantuan hole in Bruce’s heart. His becoming an angry green monster out of the blue takes him away from her unknowingly. Those are broken strings of unfulfilled love. Only lovers who have loved and lost can fathom its huge import.

So there he is! A green monstrous demonic machine that decimates everything that comes his way. He is angry, blame it to the accidental gamma radiations. He only speaks the language of smashing and come what may, he wouldn’t stop. To make such a behemoth dormant isn’t an easy task. And you are already aware nothing, and I mean nothing from this world can make that happen. What do you do?

The answer to his rage is none other than Betty. The yin to his yang. The antidote that will forever keep him in check. Hulk can’t possibly imagine hurting her, even in his sub-conscious destructive mode. Just put her there in front of him, and he will change course, or fall like a beast that falls for beauty. It’s like a sudden spurt of hormones inside him that releases because of his insane love for the woman who wears him down almost instantly. 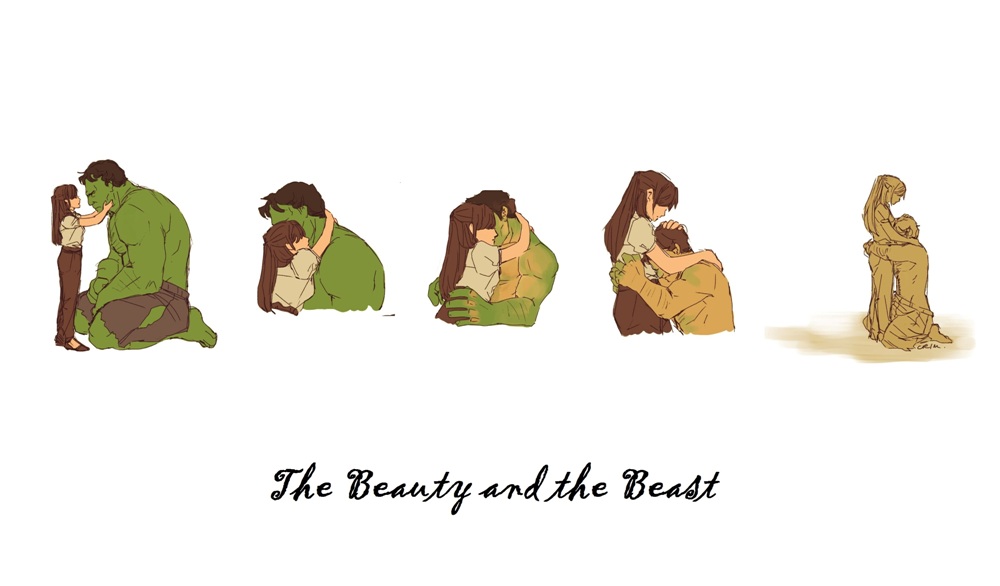 It’s the good in him that supersedes then, turning him into his alter ego Bruce Banner who is abounding with love for Betty. Betty is the answer to his wrath. Betty is his cure.

And as always – Love overpowers Anger.

Somewhere in our hearts we know the colossal significance behind it. Man has forever been that quintessential beast of destruction, and there’s nothing, literally nothing in the world that could stop him but a thing that’s immensely close to his heart. You put it up, and there’s no way you wouldn’t find a fidget in his step.

Put yourself in his body for a second and think. When you are mad like hell, and you just don’t care about the world, you want to bring harm to yourself and to others with your action, what are your thoughts the? Extreme outrage I presume. But what would bring you to your normal self? The exact opposite – the counter attack in the form of extreme love!

Everyone has that one Betty Ross in their lives who is capable of bringing the Bruce Banner, the good guy out of them. The beauty to their beast. If you tack her against him to answer, he will sing like a canary. She’s the ultimate respite. She’s the goddamn cavalry capable of knocking beasts with memories of past. If you are wired to one, you know who.

Beauty, Nay, Betty is a Notion

And she doesn’t have to be a she. It could be the other way around or even better, a mere notion of love. That’s all there is to it.

Hulk was intelligently fabricated with that stunning notion, and every time I see him go nuts, I can’t help but think about how Betty used to be one of the reasons to pacify him. What a beautiful thought to bring out a fascinating monster! 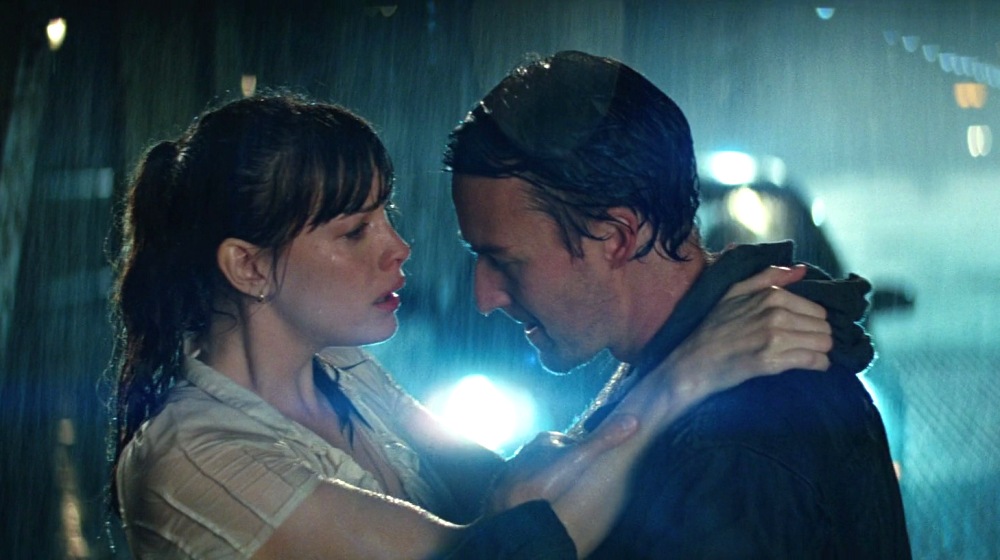 Today, a series of comics, animations, and adaptations of the green mammoth wonder have been flaring up within split seconds, and trust me nobody’s complaining, I still think that particular essence of building an epitome of destruction went missing somewhere. The enormous reason behind building a colossus ended up getting lost.

What is the Terminator Boy Edward Furlong up to these Days?

Paying Tribute to The Epic French Biopic The Intouchables Movie