Tim Burton‘s knack for the queer continues. This time he picks up Ransom Riggs‘s Miss Peregrine’s Home for Peculiar Children off the shelves. But the big question is he able to deliver a proper literary adaptation? The answer is not quite. I would say Miss Peregrine ends up becoming a tad unremarkable for its remarkable tale. However, its story can’t be overlooked either. If you pay heed to the plot of Miss Peregrine’s Home for Peculiar Children, you will realize that it takes one hell of an imagination to think something so beautiful! For that I can’t thank Ransom Rigg enough.

Plot of Miss Peregrine’s Home for Peculiar Children (Spoilers Ahead)

If you take the beautiful plot of Miss Peregrine’s Home for Peculiar Children into account, you will be surprised to know how intriguing its story-line is. It skims on the surface of time loops that is an adventurous topic per se. Jake, played by the meek mien of Asa Butterfield, is visiting his grandfather Abe who used to babysit him when he was young.

Abe would tell him stories about peculiar children showing him photographs that would tingle his senses. In his story a Lady Peregrine, who could turn into a bird (Peregrine good guess there!), used to take care of the children with strange mutant like abilities in a huge house. However, growing up, Jake came to believe, all his stories were nothing but sham. Lost faith in his Grampa’s vision, he ends up going aloof from him. 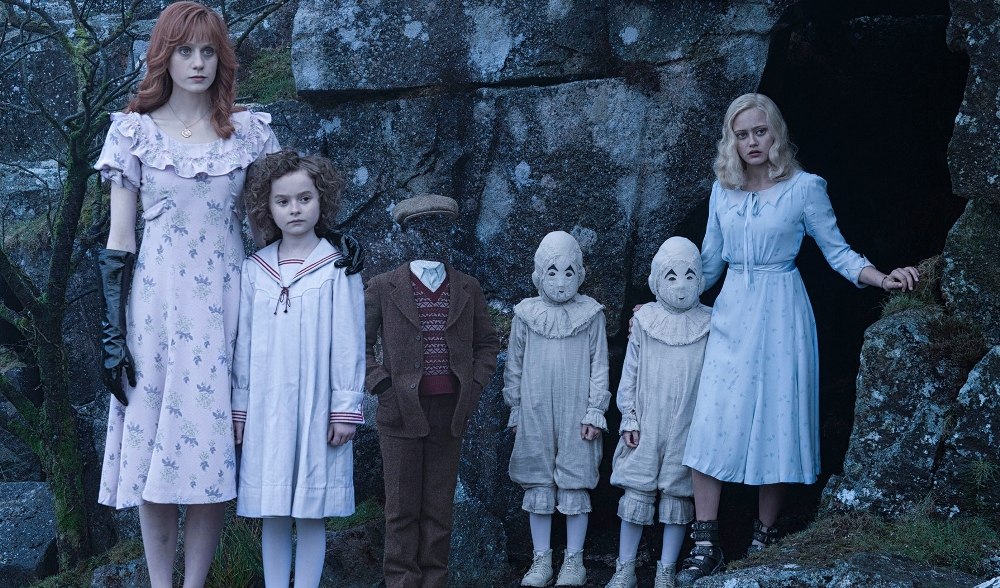 Once when paying his Grampa a visit, he encounters a strange man standing in the middle of the road, some blocks ahead of Grampa’s abode. Clueless he moves on. On reaching there, he finds his grandfather dead and without his eyes. Before dying Abe asks Jake about a bird, a loop and the year 1940. Confused Jake fails to understand, when he finds a gargantuan tentacled beast in the woods. Aftermath, he ends up in therapy.

His constant struggle with what his grandfather was trying to tell him, compels him to visit an island called Cairnholm to look for clues. He coaxes his father into taking him there. Jake finds the house of the peculiars there, however it’s in tatters owing to a certain German bomb attack that had burnt the house to cinders in 1940. Trying to satiate his curiosity, the bold Jake ventures in to have a look. He finds photos of the children that confirms his Grandfather’s stories. But then out of the blue he finds them all alive. Scared he tries to run, but ends up knocking himself out.

That’s when the plot of the story starts shaping up too. On waking up, and realizing they were for real he follows the children to a cave. Unknowingly, he enters a time loop that takes him to 1940. He finds the Peculiar Home intact. That’s when he gets to meet the gorgeous Peregrine lady played by Eva Green. Miss Peregrine is an Ymbryne who can manipulate time. She has, along with her children, taken refuge in a time loop that she had created moments before the bomb attack. 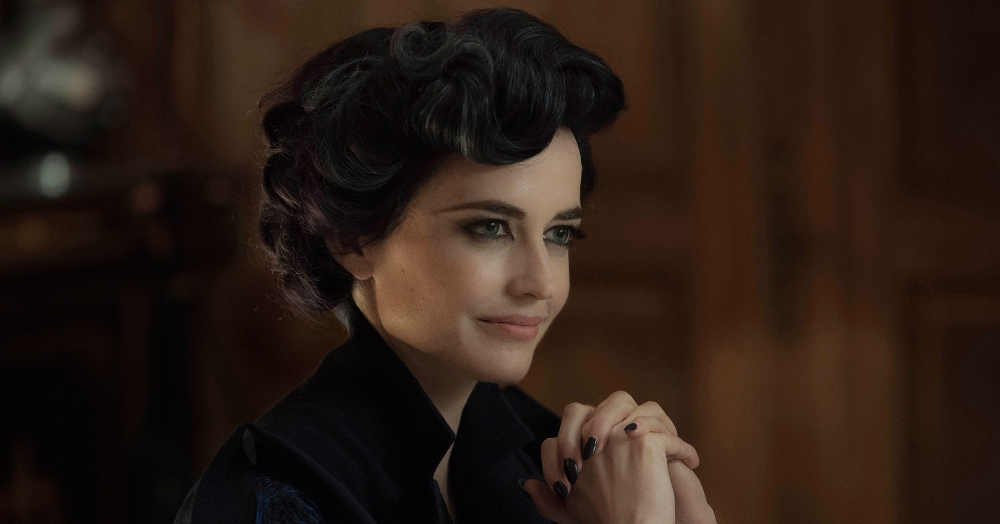 The beauty of this very concept lies in its surreal poetry. Every single day living the same life over and over again, knowing everyday is going to end with that same wretched bomb dropping from the sky. Every single day goes by without them ageing, in constant fear of being discovered, and trying to hide under the blankets of time. Such a beautiful thought! But unfortunately, Tim Burton doesn’t milk this enough. The beauty of its poesy disappears along with its constantly running frames. You can’t help but blame the movie’s sped up editing for it.

Like any yarn, galloping towards a direction, we are introduced to elements of perversion here as well. They are called Hollowgasts or simply Hollows, people who became monsters as a result of an experiment gone wrong. Misshapen they can’t be seen with naked eyes (unless you are Jake or Abe of course). Hollows hunt for peculiars as that’s their only chance to become a tad normal. They are known as Wights. Barron is the head of the wights who has been trying to hunt down more Ymbrynes to continue his experiments of immortality. 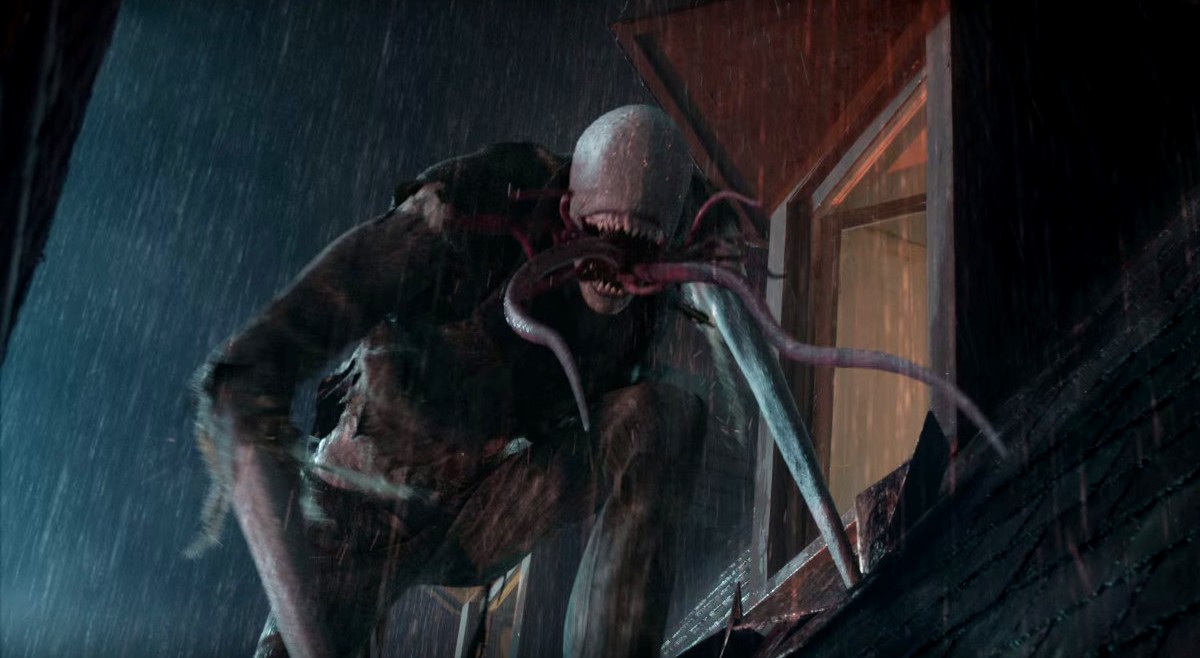 The real tension begins when Mr. Barron follows Jake to their timeloop who is then followed up by a ghastly Hollowgaust. Tim Burton uses peculiar children’s abilities to help each other out from that situation. A bomb drops and their loop forever shuts down.

It is then when Jake and the other peculiars decide to save Miss Peregrine and other Ymbrynes from the clutches of the evil wights. That becomes the sole theme of the movie afterwards.

You can pre-order Miss Peregrine’s Home for Peculiar children here:

The first obvious one was Shelly, the non-peculiar. Her reaction when she finds oddity going on in the real world is not what we expect. It is as if Tim Burton has taken it for granted that everybody is okay with a tinge of eccentricity. I mean, if I was there, I would have first freaked out. The abnormal absent reaction of Shelly will make you think,

Then moving on to Miss Peregrine’s character. To be really candid, Eva Green wasn’t really fit for the role. Okay, she does bring a rare sense of grandeur to her character but was that really enough? Her portrayal was very unconvincing and forgetful. Could it be because of the limited screen-time she had?

With time loop being one of the major driving forces of the tale, Burton’s depiction ends up becoming really bland. Tim Burton’s loops are empty. They come and go at odd hours without packing in much theatrics which ebbs its colossal import. At a time where the ending fight should have mattered the most, the backcloth score of a carnival makes that huge showdown a laughable affair.

Samuel Jackson plays a non-serious villain trying to introduce some humour through his acts. He is alright actually. He makes himself less scary even though he looks terrifying. The Whites of the Wights ( their eyes) were enough to terrorize little kids who had come thinking it was a Disney movie. 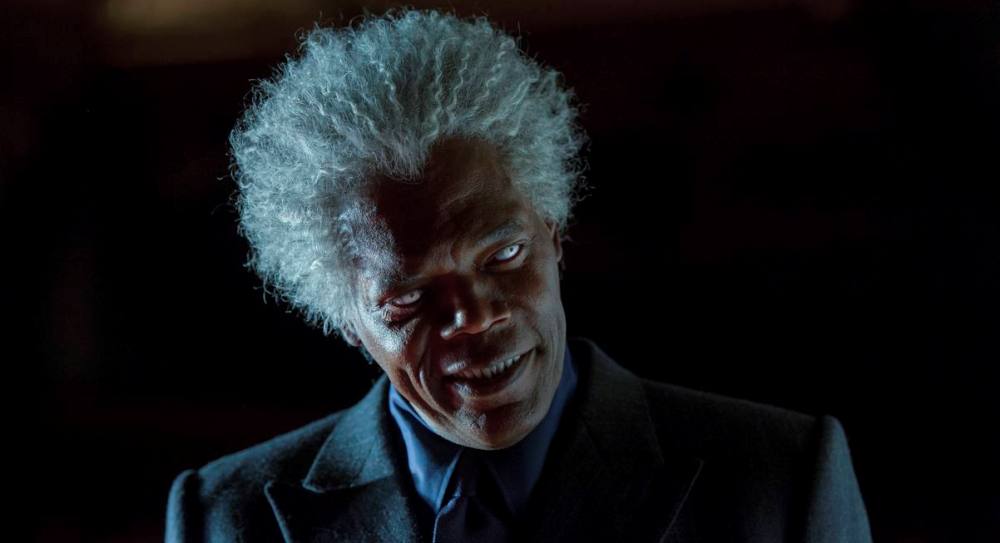 Miss Peregrine’s Home for Peculiar Children isn’t really dark. But there are dark elements in the tale nevertheless that are trying real hard to throw in different angles. But the depiction of it all ends up becoming more fun than gloomy. What makes it so is not only just the odd placement of music by Matthew Margeson and Michael Higham but also its less terrorizing banal acts. You can also count both stop motion animation and the CGI of the movie in whilst judging it.

To drop the final gavel on this, I would say it is an enjoyable ride nevertheless. However I do wish to see a perceptive TV series made on Ransom Rigg’s book, to capture the beauty of its ravishing story in pensive time frames.

Check out the trailer of Miss Peregrine’s Home for Peculiar Children here: